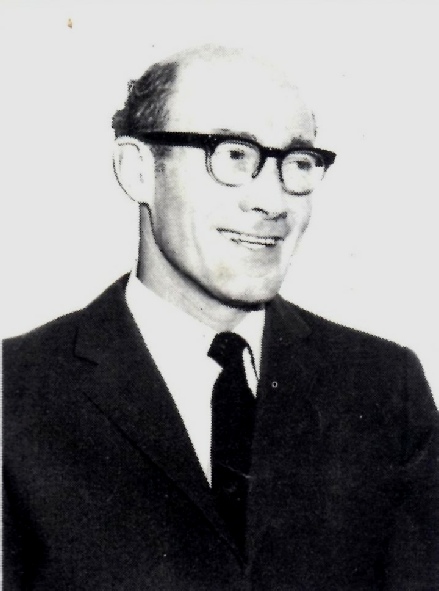 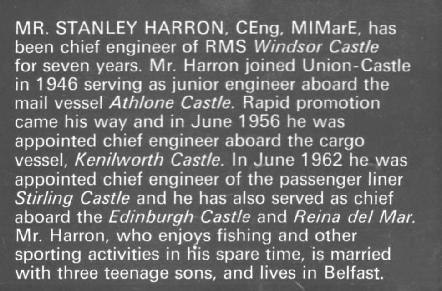 Stan passed away 4th April 2016 at his residential home in Ulster.

He had a fall and broke his leg, he went downhill very rapidly thereafter.

His passing has resulted in many tributes being paid on Facebook:

Bruce Richmond -  Nice guy Stan. One of life's characters. Sad to see him go. Condolences to the family.

Chris Isaac -  He regularly attended our reunions in Southampton. We will all remember him on May 8th. RIP Stan

Julian Peck -  I was on The Windsor at the same time he was, briefly, but just too Junior. All the same, sorry to hear.

Reg Kelso - An officer and a gentleman

Sheila Lampkin  -  Very sorry to hear this, as you say an officer and a gentleman

Fred Ing  -  Sailed with him on the Edinburgh, made me stay off decks until my beard was acceptable and then somebody made a joke that I'd got more round my face than he had on head bless!! Sorry to hear the news.

Kenneth Stevenson  -  Sounds like he was a good bloke

Norman Kitchen  -  I respected him as a gentleman but we were like chalk & cheese. I am sorry to hear of his passing 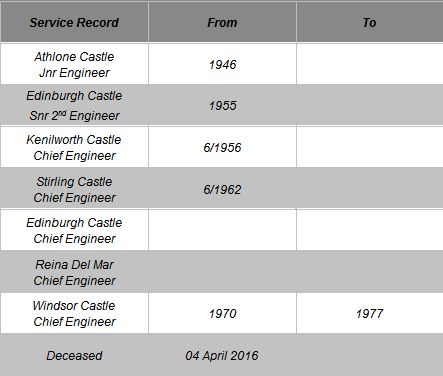