Irene Bowell, was a 'Stewardette' on the Transvaal Castle, and died after falling from the ship in the early hours of 26th November, 1965. Her body was recovered, and she was buried at sea a few hours later.  She was 36.

The ships log from Voyage No. 26. The Log refers to 'attached statements' made by: M Turner, Chief Officer, M Gunner, Storekeeper, M Walmsley Asst Head Waiter, and N Papas, as Ut Std. Also it refers to a copy of an extract from the Radio Log.

N M Lloyd was the Master, R Seymour, the Surgeon and A Hodge the Purser. 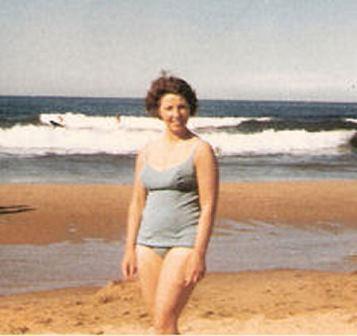 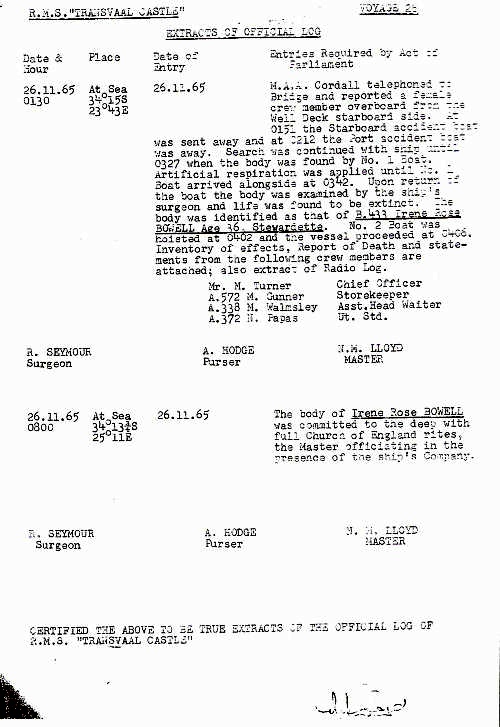