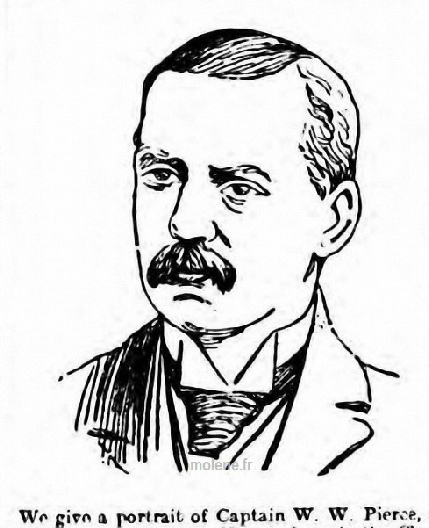 Commander of Drummond Castle, originally from Dawlish (Devon, England), was a captain appreciated by his men.

Walter W. Pierce, whose first voyage aboard this ship, entered the company at the age of fourteen, as a seaman, sailed for 15 years aboard sailing ships and obtained his master's certificate in 1879.

Before, he had commanded the Pembroke Castle and the Dunbar Castle.

He was a familiar figure in Algoa Bay (South Africa), having been for many years the master of steamer Courland, which was trading from Cape Town to Natal.

Pierce, had left his home and settled with his three sisters and aunt, Miss Wise of Dumbarton, and all lived together.

Mr. Pierce was well known in Dawlish and highly respected, as well as his sisters and aunt.

His family will receive many messages of condolences as a result of their loss and the terrible catastrophe.