In July 1866 she joined the mail service with a red funnel but in 1873 was sold to J. Heugh and in 1874 was converted into a cable repair ship by the Telegraph & Maintenance Co and employed by the Cia Telegrafica Platino-Brasilera on Siemens cables from Rio de Janeiro to Montevideo.

She was re-engined in 1880 and, by fitting a circular tank in the no. 2 hold, was given cable laying capability. In 1888, assisted by the Viking, she laid the up-river River Plate cable.

Badly damaged during a storm in 1892 she was replaced by Norseman (2) put up for sale being acquired by A.C.S. Springer of London. She was finally broken up in November 1898. 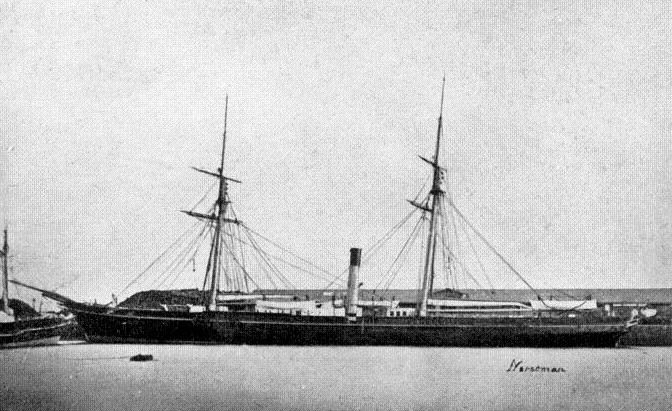