“Was Second Officer on the ‘Vergelegen’ (Safmarine) on her first voyage under the S.A. Flag.”

Extract from “Mailships of the Union Castle Line.”

“A few Safmarine Officers were transferred to the mail ships, one of whom was Captain Robin McA. Thomson.

Having learnt his seamanship on the training ship General Botha, and after a spell in the Blue Funnel Line, he had joined Safmarine as a Third Officer in 1947, gaining command in the early fifties.

His experience and his polished demeanour made him an obvious commander on the S.A. Vaal, before being appointed to command on the S.A. Oranje.

When Commodore Norman Lloyd on the S.A. Vaal retired, Captain Thomson succeeded him as Commodore.”

05/02/1976 the first Safmarine Officer to be appointed Commodore.

Robin Thompson joined Safmarine in 1947 and was sent to New York as second mate on one of the Victory class ships "Vergelegen" which was being fitted out prior to her maiden voyage.

In 1954 Robin commanded his first ship the "Morgenster". He captained many ships for Safmarine, including the passenger ships "SA.Vaal", "SA. Oranje" and later brought out the first of the big white container ships the "SA. Helderberg" to South Africa.

Robin became the first Commodore of the Safmarine fleet. He was in his eighties when he died in Durban in January 2011, after retiring in 1984. 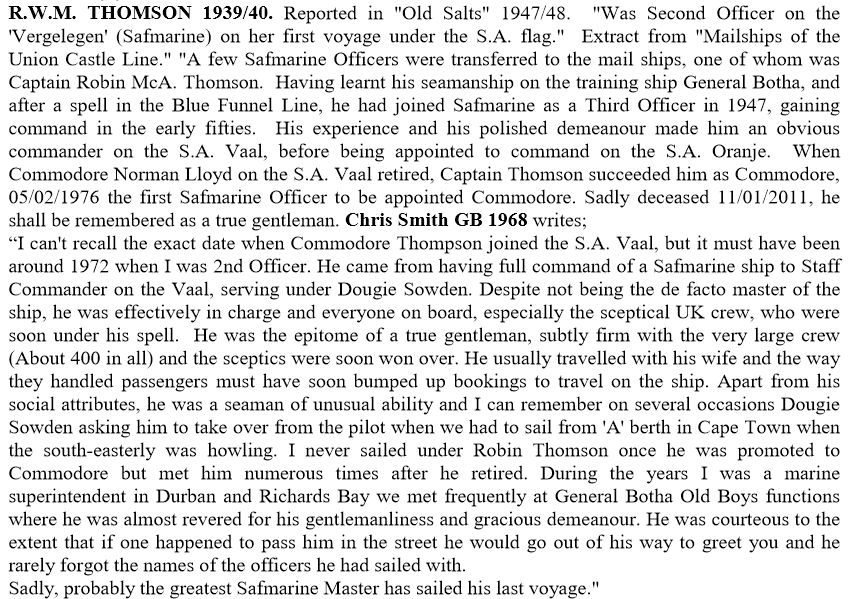 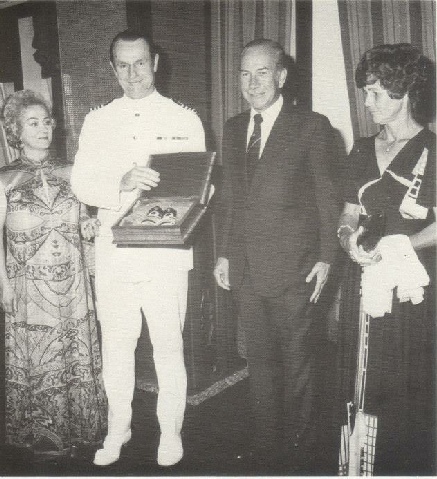 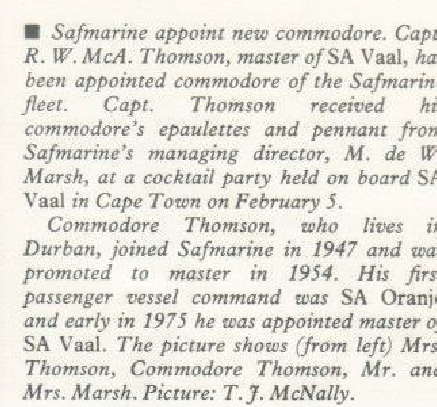 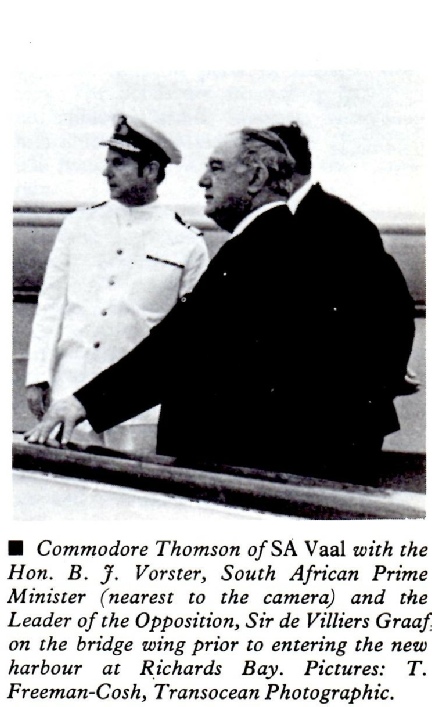 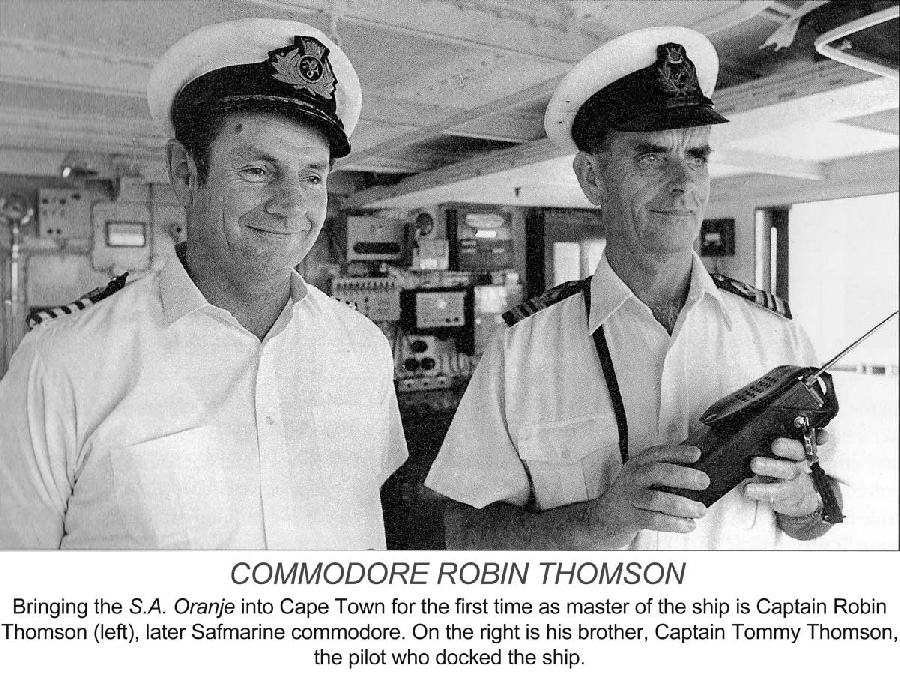