Captain Thomas Kearsey age 70 of Dartmouth passed away December 20, 2014, surrounded by loving family. Born in London, England on December 13, 1944, he was the son of the late Cyril and Hazel (Bedford) Kearsey.

He apprenticed to Bowater Steamship Company in 1962 and served on their ships until 1965 when he sailed with the British & Commonwealth Shipping Company, including on the passenger/cargo liners Transvaal Castle, Edinburgh Castle, and Good Hope Castle.

He spent most of his seatime between 1962 and 1971 on the Bowater ships, mainly on the paper runs between Canada and the east coast of the U.S. Tom obtained his Second Mate Certificate of Competency in 1965, his Mate’s in 1968 and his Master’s in 1971. In 1971 he immigrated to Canada and served on the ships of the Bedford Institute of Oceanography (BIO) in various ranks.

Tom took early retirement from the Nova Scotia Community College in 1998 and then worked for Survival Systems Training providing lifeboat, fast rescue boat and marine firefighting courses. He was a member of the Company of Master Mariners of Canada and edited their national and divisional newsletters.

Tom and his wife Sharon were volunteers at the IWK Children’s Hospital where they were cuddlers with newborn babies and visitors with special long-term care patients. Tom always said that this was the best unpaid job anyone could have. 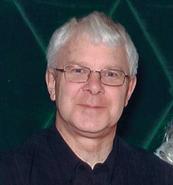 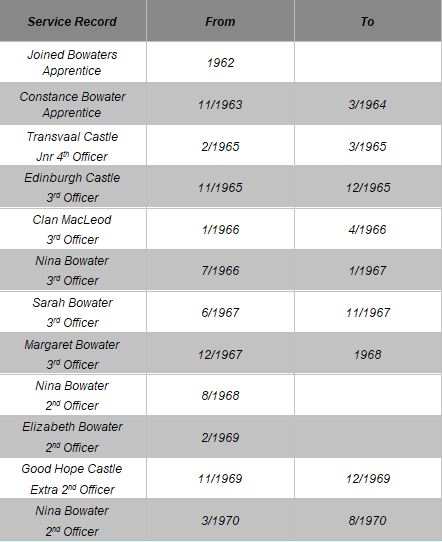