John Clarke Graham Robinson (Radio Operator) survived the sinking of King Frederick (3) and rescued himself on a raft, on which he spent three nights and four days before being picked up by the British Liberty ship Samshee.

They were so exhausted that no one could climb the grapple net to get aboard, so some crew members had to climb down to help.

At least two other vessels had ignored the flares fired by the survivors. 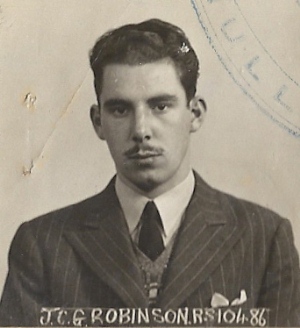