The Withrow Park was built at Montreal by the, United Shipyards Ltd., of Montreal P.Q, for the owners, Dominion of Canada. The ship was launched on June the 28th 1944,and completed later during the same year.

Leased to the Ministry of War Transport on Bare Boat Charter. (Bare Boat Charter. The charterer hires a vessel for a long period. Appoints the Master and crew. Is responsible for paying for all of the ships maintenance, wages,  and port charges, etc., as if he were the owner.) The ships manager was the Park Steamship Co.,Ltd.,

At a later date management was transferred to Andrew Crawford & Co, Ltd., of Glasgow, again on bare boat charter.

Built with two decks, and a cruiser stern. The ship, a general cargo carrier, was also fitted with a direction finder. The design of the ship was an original North Sands type (Coal Burner, with three Scotch Marine boilers)

The triple expansion three  cylinder engine  was built by the, Dominion Engineering Works Ltd., of Montreal.

Accommodation for the crew was provided aft in a large deckhouse, with two mess rooms, one each for firemen and deck crew. There was also a bath house and toilet, both provided only cold sea water.

The  accommodation was divided by a wide companion ladder that led down to the sleeping quarters. Deck crew to port and firemen to starboard.

The ships  official number was 175577 and her signal code/call sign was GWRK. The original port of registry  was Montreal, this was later changed to London. The flag was British.

During the Canadian war effort, Canada built over four hundred standard ships similar to the American built Liberty ships. They all had either a Fort, or a Park prefix to their names.

The Park Steamship Company Limited was founded in 1942 for the sole purpose of operating this  fleet of dry-cargo ships for the transport of war supplies.  At it's height the Company managed a fleet of one hundred and eighty Merchant Ships.

Each ship had been built in a Canadian Ship Yard and was named after a well known Canadian park.

The S.S.WITHROW PARK was one of these ships. 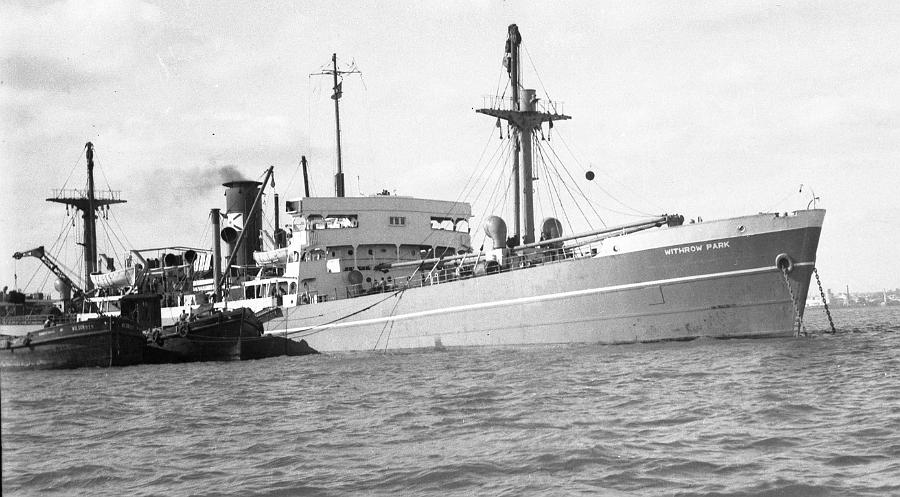 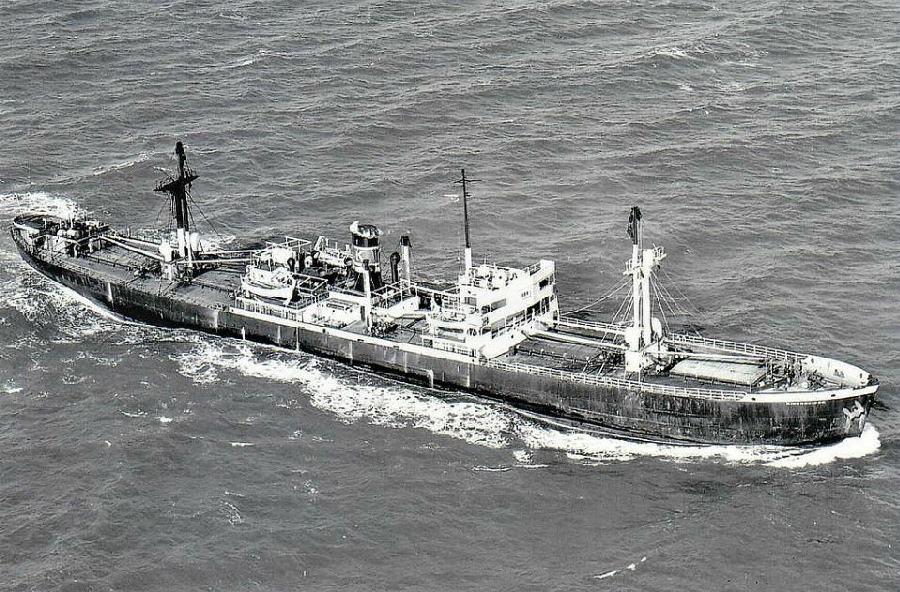