taken from his ID Certificate

GHI with Bridget Mary, his wife,

taken in about 1924 on a family picnic

George Harborow Inkson spent virtually all his working life at sea with the Castle and then the Union Castle line.

His first two voyages were as a Saloon Boy and then he became the Captain's 'Tiger' [his personal manservant].

Over the years he then worked his way up through the ranks to become Chief Steward in which capacity he served on many ships until retiring from ill health after 40 years service.

The family still have the full set of his discharge papers so we are able to set out that service in full.

All three of George Harborow's sons followed him into Union Castle, not necessarily throughout their careers.: 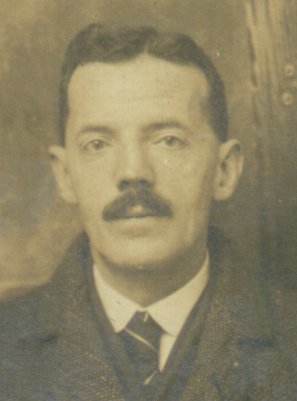 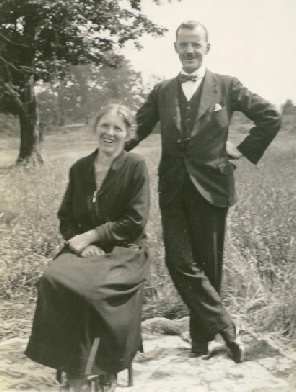