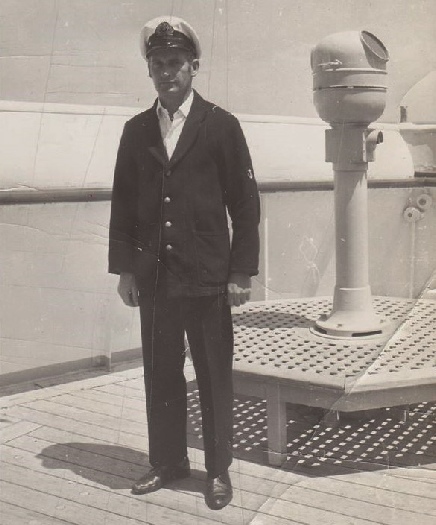 First employed as a ‘knocker up’ for engine drivers on the LMS, before becoming an engine cleaner.

At the age of 19 was a Royal Navy Commando Frogman who initially trained as a human torpedo operative, but was assigned to the Royal Navy Beach Commando unit Sugar 3 and allocated to a Landing Craft Obstacle Clearance Unit for D-day.

As a LCOCU Frogman he was dropped from a rubber dingy an hour before the invasion started, to destroy and clear the large, deep water, defence obstructions designed to prevent landing craft from reaching the beach. The unit also cleared shallow water and beach obstacles while under fire to give the landing craft a safe run in. They then waited on the beach for the assault troops to arrive.

Demobbed to become a fireman on BR at Fratton Shed before joining Union Castle in late 50’s.