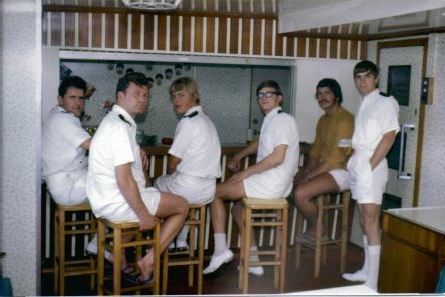 John on the left 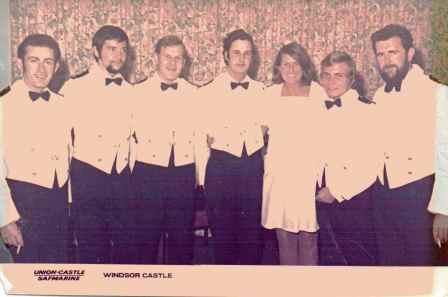 John on the right with Gina his future wife

Best thing that happened to me (during my first Party on board the Windsor Castle – still in Southampton, awaiting sailing), was that I met my future husband for the first time.

He was then the 2nd Mate, John Simpson, and had been at sea virtually since leaving school (Berwick Grammar) when he was 17.

We had a wonderful life  together – I “retired” from shipboard life on my marriage because at that time we were not allowed to work on the same ship, but spent two years coasting or voyaging with John when I could, until the birth of our first child, Helen, in September 1974, followed by Kathryn in December 1976.

Following Kathryn’s serious illness in the Spring of 1977 John made the decision to pursue another (still sea-based) life where he could have closer contact with his young family, and in March 1978 we all set off for Dar es Salaam in Tanzania, where he served for 4 years as Port Pilot followed by 4 years as Harbour Master in the port of Tanga.

In 1980 our son, Duncan, was born in Dar,  and in 1986 we made the decision to return to the U.K. so that our three children could settle in English schools.

Sadly John died in 1988, but over the years I have tried to keep up connections with a number of shipboard acquaintances from my short time at sea, plus many sea-faring colleagues from our 8 years in Tanzania. 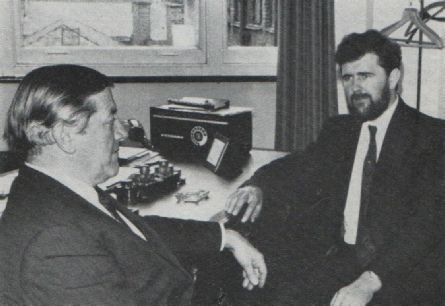 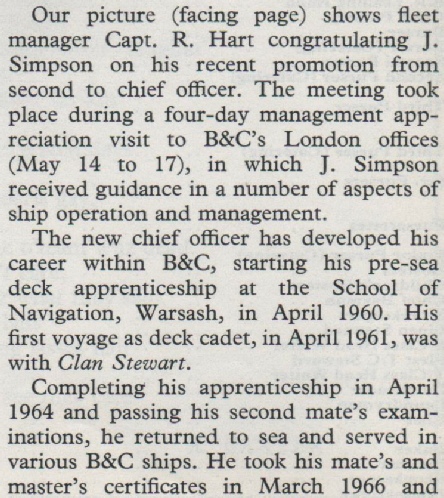 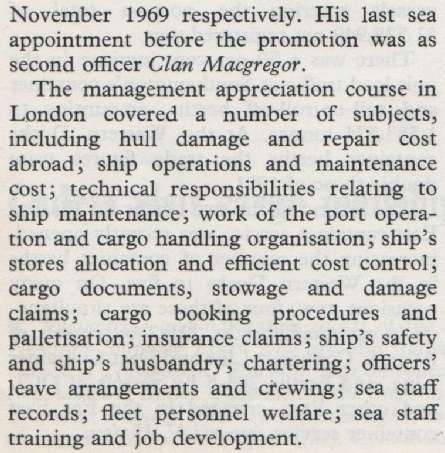