Bill Pritchard’s first appointment with Clan Line was Fourth Officer in Perthshire in 1954. He was appointed Chief Officer in 1961 and Staff Commander in September 1970 serving on Edinburgh Castle, Pendennis Castle and Windsor Castle. Prior to being appointed Master, Bill was Chief Officer of King James.

Bill is much the same as ever, he lives in Chester and regularly attends all of the Group re-unions.

I sailed with him on Reina Del Mar and Pendennis Castle. A more amiable man it would be hard to find. 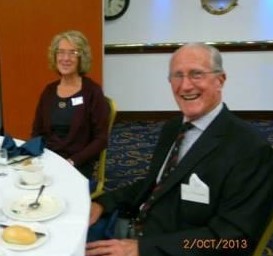 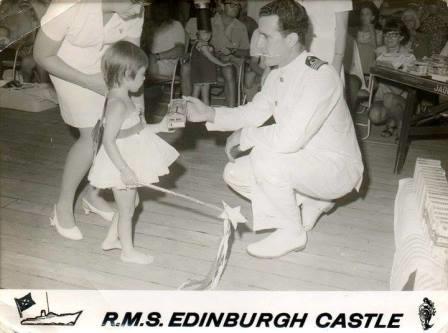 Always with an eye for the ladies

As Staff Commander on Edinburgh Castle 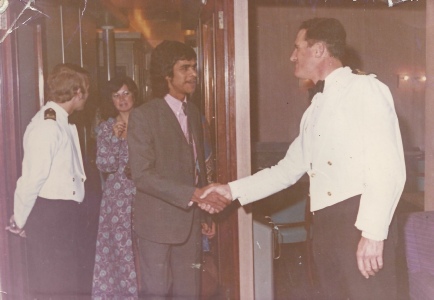 Standing in for the master at a Captain’s Cocktail Party 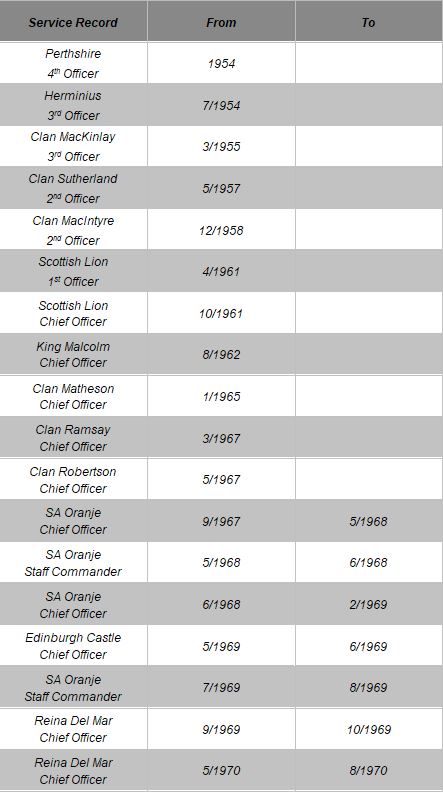 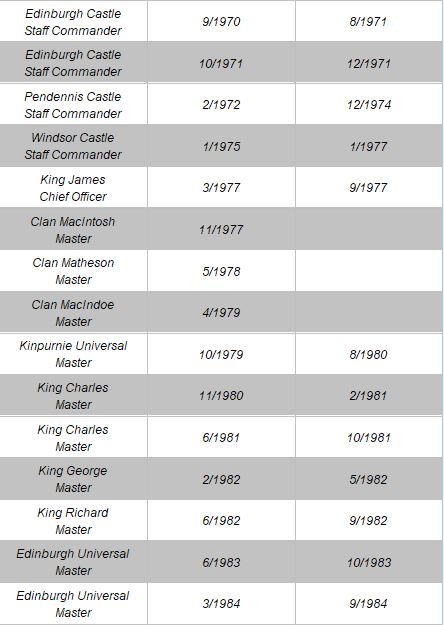 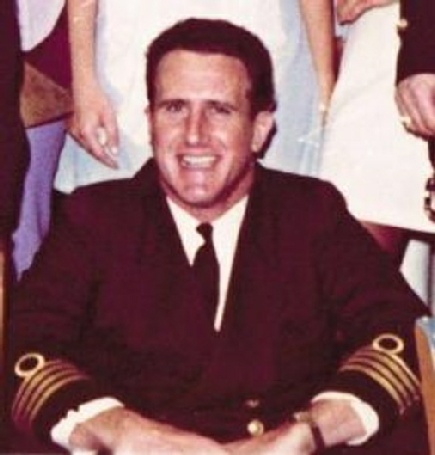