Was made redundant on passing my Class II at Warsash - tankers were to be the big thing!

Laid off in 1985 as price of oil dropped causing fleets to lay up.

CI Shipping were taking over the Fyffes M Boats and the SA Tzaneen & Hexreviers for trading to the Gulf, so joined for one trip as 2/O as I had PG experience.

Now work for the UKHO as a Marine Advisor in Marketing. 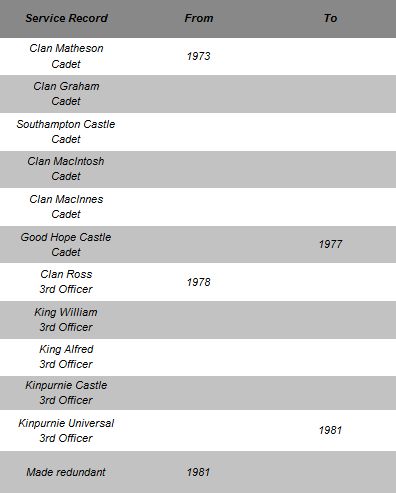