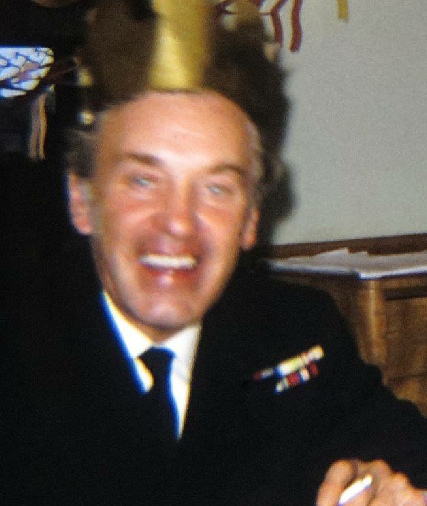 Christmas 1972 when Master of Clan Menzies

Derek was married to Rita who pre- deceased him.

He had one son - also called Charles, who my parents were godparents to and regularly saw him until they both died.

Derek went to Caldy Grammar school on the Wirral (with my Dad).

He rarely talked about any wartime exploits, like many of that generation (what little I know about what my Dad did during the war had to be dragged out of him).

There were lots of seafarers living on the Wirral shortly after the war and there seems to have been quite a bit of networking going on in and around Birkenhead/Hoylake/Chester/New Brighton/Park Gate/Mollington and West Kirby - Hoylake golf club seemed to figure quite prominently. 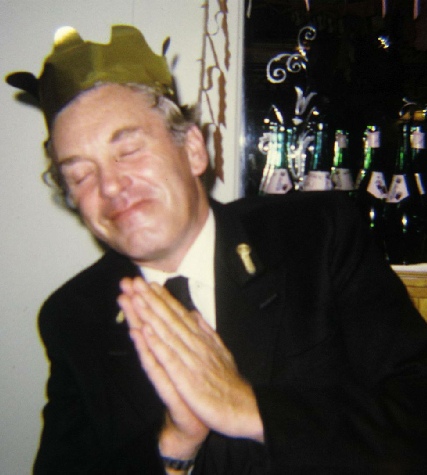 At the same Christmas party, wearing a cadet’s uniform

praying to be reinstated as Master 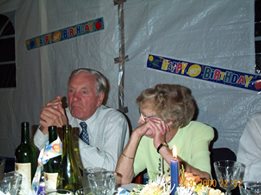 I remember Derek laughing at me at Dads 80th bash, after one particular bad trip I had bringing a ship back from Japan through the Suez Canal when I moaned about the paperwork and crap involved with that .... he said to me that I didn't know I was born as we had computers to do a lot of the repetitive paperwork .... he cited paying off a crew of almost 80 and signing the same number on in Calcutta, where it all had to be done by hand .... final account of wages etc!!

So that brought me back to earth a bit. I can't remember the exact date he passed on, but it was about 10 years ago.

Derek and his wife Rita 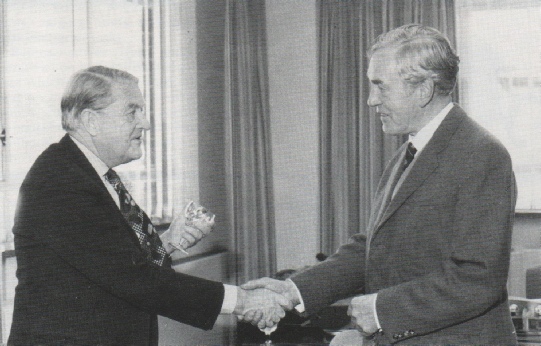 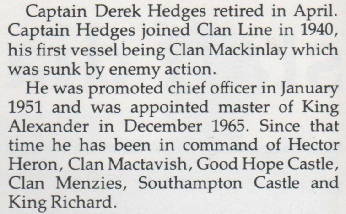 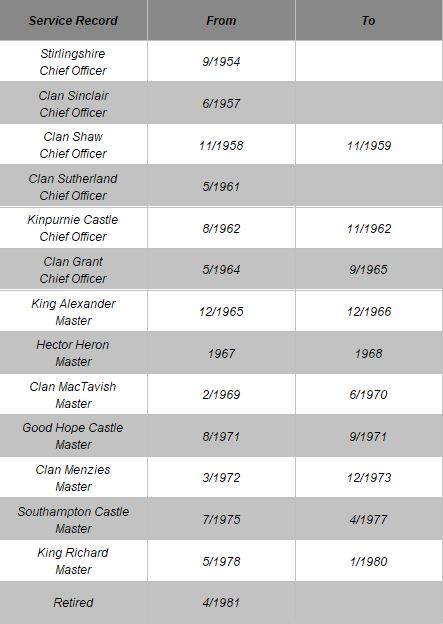