In 1961 she was transferred to Safmarine and renamed South African Scientist but in the following year reverted to Clan Line and renamed Kinnaird Castle for Union-Castle operations.

During 1969 registered ownership was transferred to King Line Ltd, without a change of name. In October 1975 she was sold to Dasonab Nav. S.A. of Panama and renamed Nazeer. She continued in service until 26th April 1978 when she arrived at Gadani Beach and broken up. 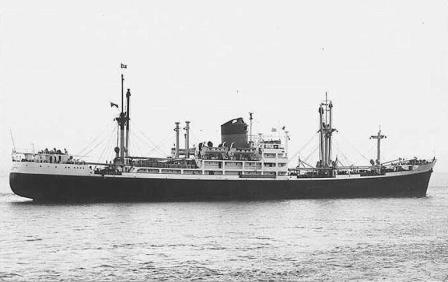 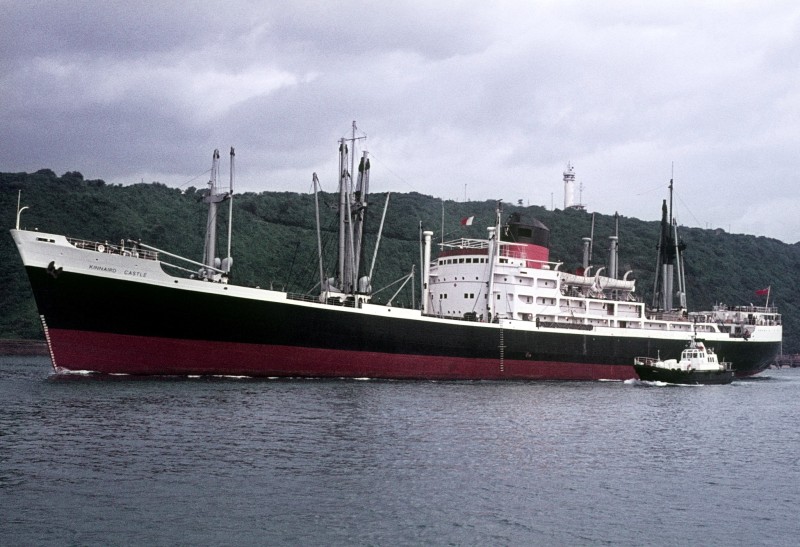 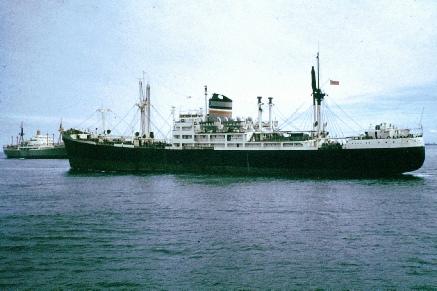 The hull has been painted in Union-Castle black but her upperworks remain in Safmarine colours.

She is flying the Red Ensign 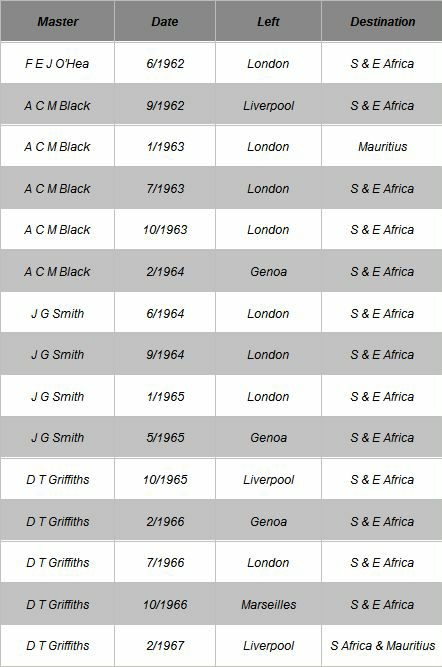 The Kinnaird Castle became a cadet ship on the 8 June 1964.

Below is the formal programme carried out that day.

There were twelve cadets, 4 of us had already done one trip on various vessels, and the other 8 were all first trippers. Initially we were a bit miffed about being put on a cadet ship having already done a voyage. That soon changed as it was great fun especially in the evenings when all sorts of social activities could take place.

Obtaining beer was a bit of a problem as not everyone was over 18 and those that were had the amount rationed. However the engineers always came to the rescue with discrete payments being made.

We had a great crew with Zulus on deck and Durban Indians as stewards. The Zulus were fantastic and all the cadets learnt a lot while working with them. The bosun looked like a pirate as he only had had one eye and wore a black patch. His name, as far as I can remember, was Sandhu. ……. Mike Dowsett 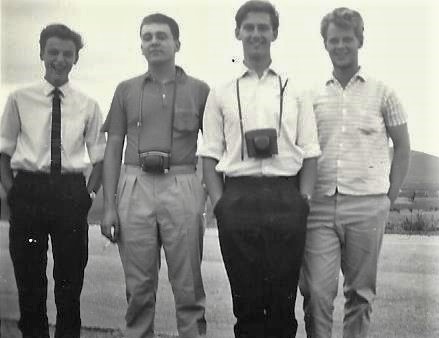 Tim was a wild South African from Germiston.

On his second trip he went on leave and never came back.

Mike Dowsett looking after the 10 dogs that were being taken to Cape Town.

It was a nice little earner and he got nearly 20 rand.

The only problem was that he had the bright idea of using the old nets that were used for deck games in the passenger ship days to make an enclosure so that all the dogs could be out at once.

This saved putting leads on them and walking them, as running around together gave them plenty of exercise.

However sex must have reared its ugly head as he found out later one of the pedigree breeds gave birth to a mongrel. 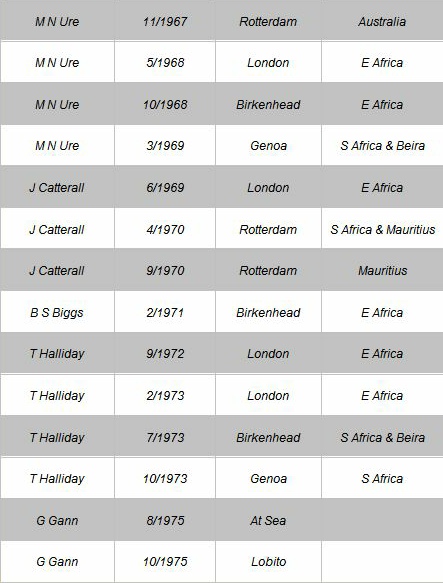 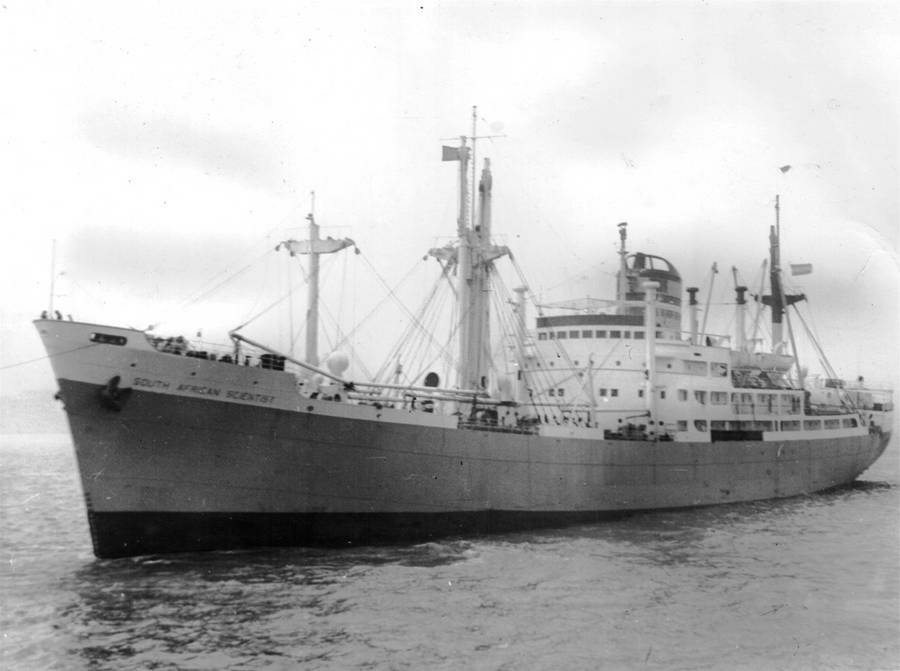 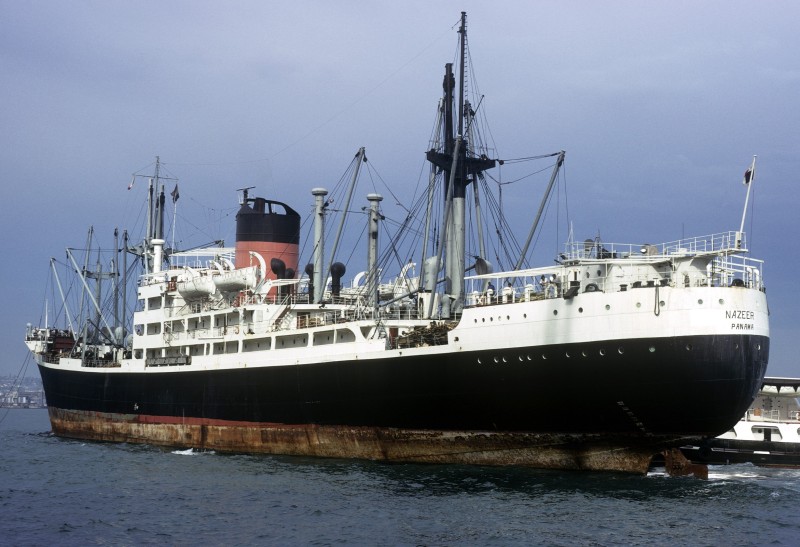 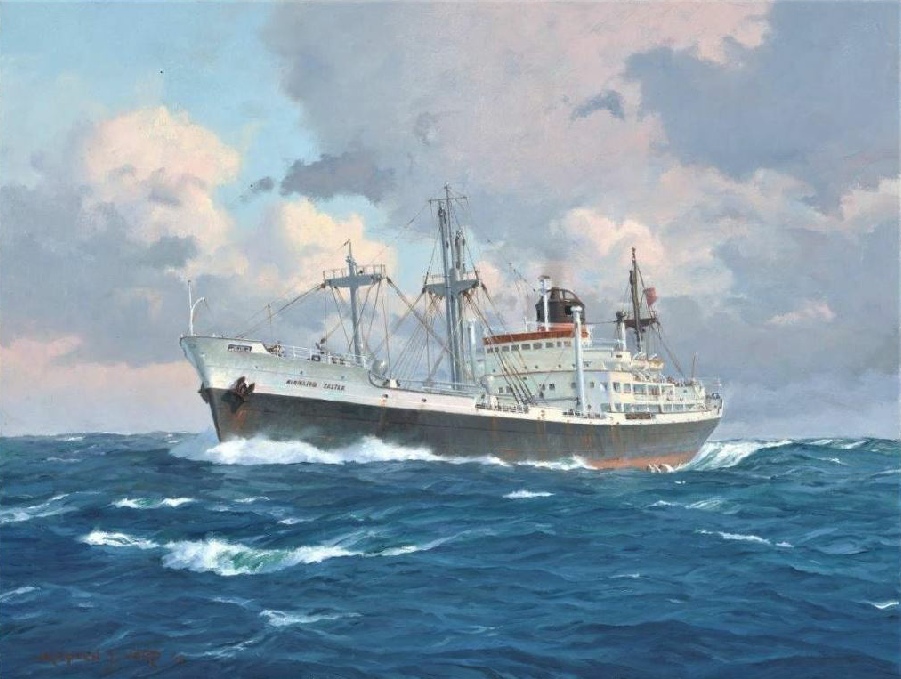 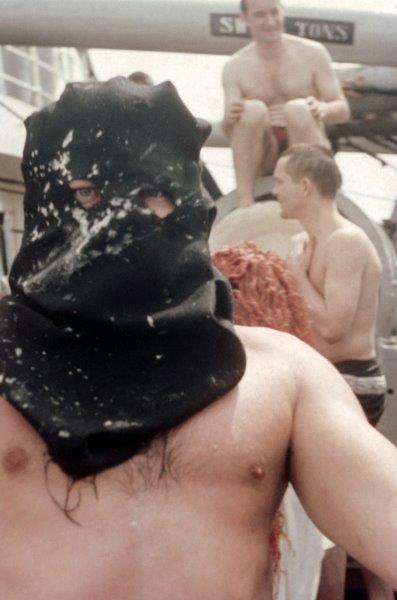 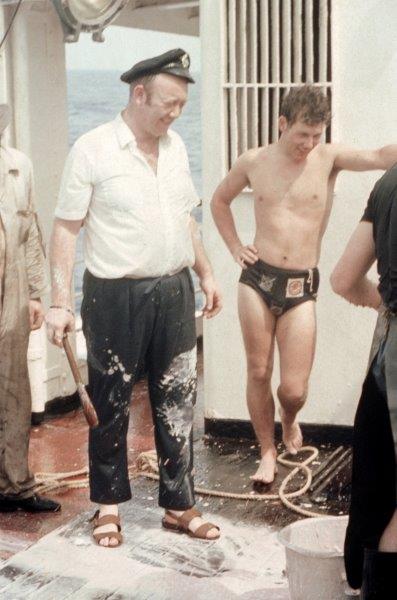 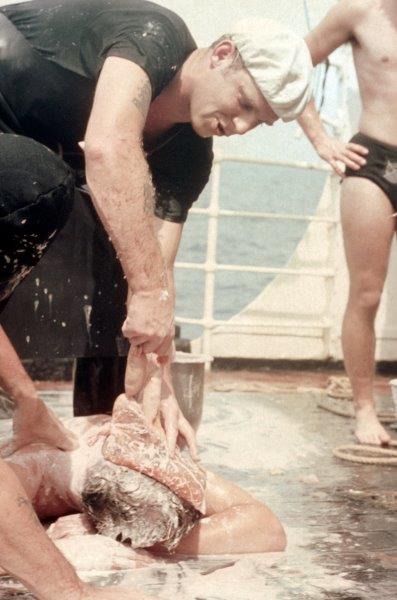 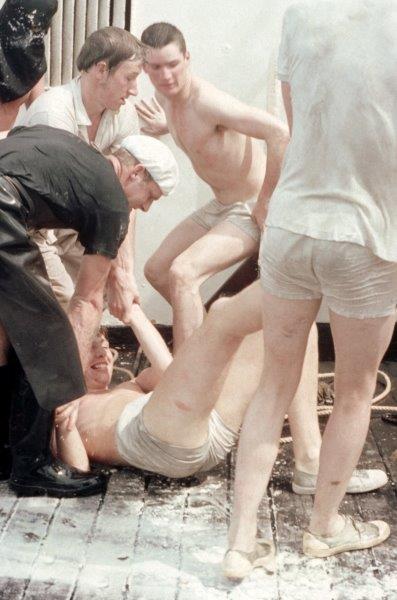 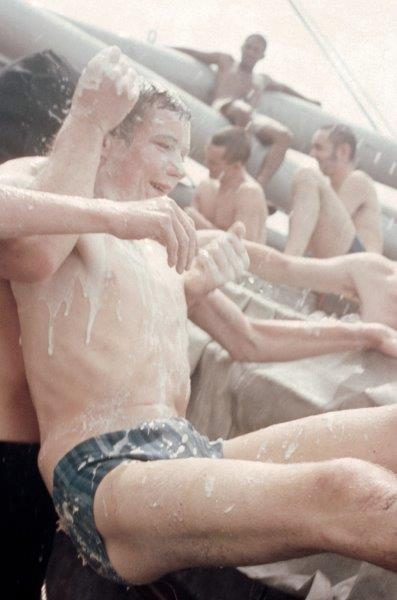 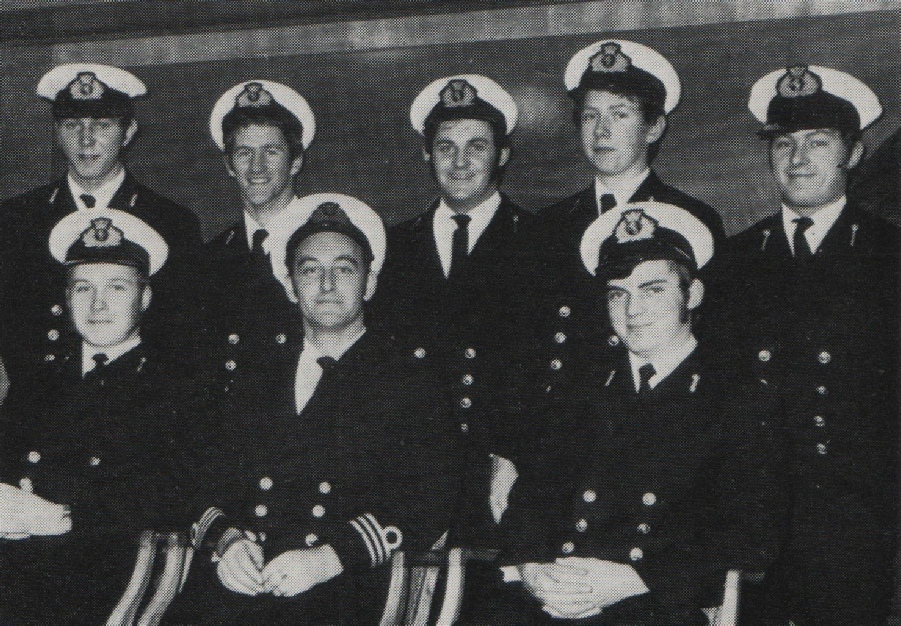 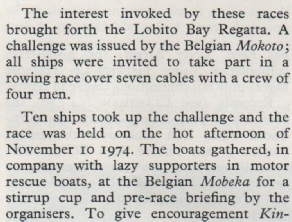 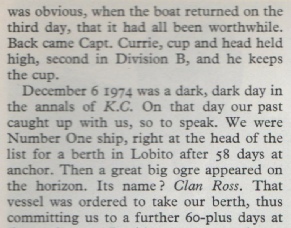 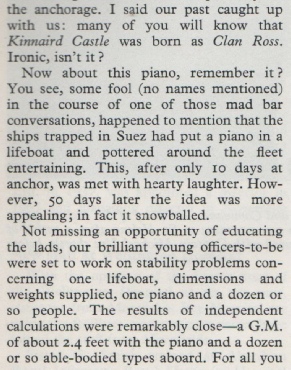 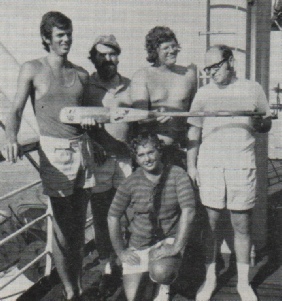 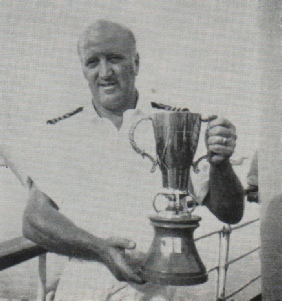 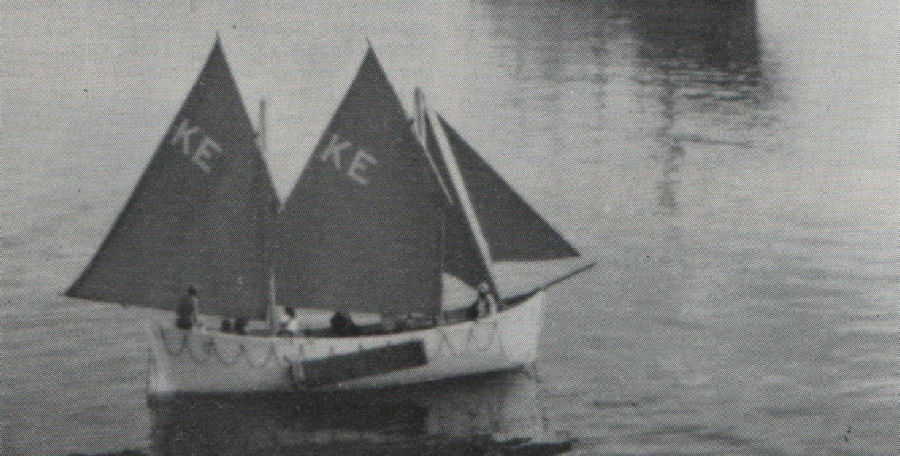