After leaving Warsash I joined South American Saint Line as a cadet, returning as 3rd and 2nd officer after passing Second Mates at Hull in 1964.  Although SASL traded primarily to the East Coast of South America, my ships were on long term charters operating in the Great Lakes and so when Saint Line decided to cease trading in 1965 I decided to join Cunard Steamship Company to continue running to the States and Canada.  I spent a very happy few years as 3rd and 2nd officer on their Transatlantic cargo and passenger ships, sitting for Mates and Masters at Hull (Boulevard College).  In the same class for Mates FG was a Second Officer from Athel Line whose name will be familiar to most members - George Angas - and I am proud to say that George very kindly acted as best man at my wedding to Hilary in 1967.

My last appointment deep sea with Cunard was standing by two new buildings on the Tyne - "Atlantic Causeway" and "Atlantic Conveyor" - before sailing on the Causeway on her maiden voyage as Senior Second Officer.  These vessels were state of the art Ro-Ro container ships in 1969/70, equipped with all the latest "mod cons" including OMEGA and the first versions of Transit Sat Nav. and is very sad to think of what happened to "Atlantic Conveyor" in later years during the Falkland conflict.

I then transferred to Offshore Marine Ltd which Cunard had purchased and was involved in the fledgling UK Offshore Supply vessel market which was a move I have never regretted.  I spent five years as Master on a variety of large horsepower anchor handling supply vessels in locations around the world as well as the North Sea, before being promoted ashore in 1975 as a marketing and chartering executive, based in London.  This job entailed a great deal of travelling mainly abroad, a pattern which was to be my way of life for the next decade or so.

When Cunard sold off Offshore Marine I became the Operations and Marketing Manager with United Towing (Ocean Tugs) Ltd, based in Hull - my wife's home town.  This very interesting job looking after a fleet of very large deep sea tugs and of involvement with offshore salvage operations.  In 1986 after assisting United Towing to sell off their tugs, the downturn in shipping continued and eventually I decided to form my own consultancy - Hessle Marine Services Ltd. which I traded quite successfully for three years including a years contract with Trinity House in London as Marine Manager of a new Consultancy arm. During this period I was elected to become a Younger Brother of Trinity House.

I was next appointed as Operations Director of Hebridean Island Cruises Ltd, and also acted as Senior Master on the "Hebridean Princess" an up-market cruise ship operating around the Western Isles of Scotland.

In 1992, I changed track and became the Marina Manager at Hull, looking after a 300 berth marina and boatyard/boat repair facility.  This gave me a chance to pursue an interest in sailing and boating which I have had since sailing on the Hamble as a Cadet.  I worked at Hull Marina for 6 years and now am now working as Assistant Dockmaster for Associated British Ports in Hull and looking forward to retirement in a year or so.  This will give Hilary and I the chance to indulge our great interest in the Inland Waterways of the UK. We are part-owners of a 58 ft narrow boat and manage to cruise at least 4 weeks per year but would dearly like to increase the time spent on the "cut".  We have two grown-up children and we have one two year old grand-daughter.

Although we are a little off the beaten track, living in Humberside, I would love to hear from anyone who remembers me from the days which now seem so long ago. 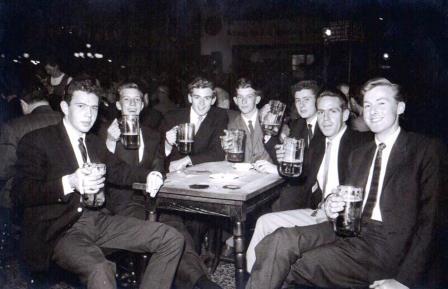 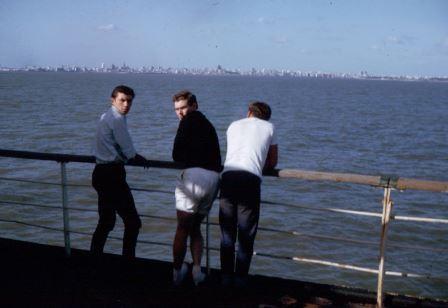