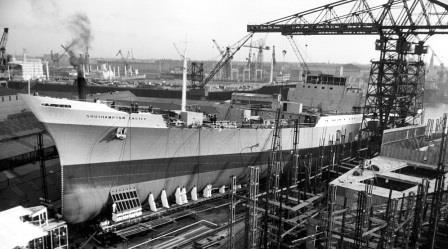 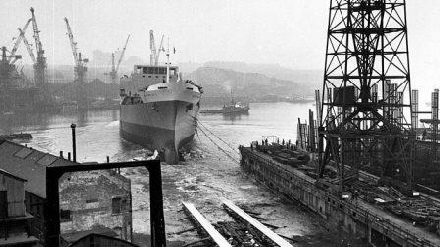 On Friday August 7 1970 Southampton Castle left her eponymous port bound for The Cape.

Sunday August 23 1970 Southampton Castle docks in East London at 0600 at her normal berth on the Northern Quay stern into the corner.

Normally cargo discharge would start immediately but it was raining heavily, no chance of working cargo. It rained all day… no cargo was worked.

No problem, Southampton Castle had speed to burn and any delay could be made up quite easily. So an overnight stay in East London.

Tuesday August 25, you would have thought that England were playing a test match here, still absolutely p***ing down.

Most of our regular readers are aware that East London is a river port. It stands on The Buffalo River. After all this rain the river was now almost a raging torrent of water. Small craft from further upriver were being washed down and out to sea.

That morning the East London newspaper had announced that about 60 miles up river was a large dam and that is was considered likely that if the level of water increased much further the dam might fail. In that event it was estimated that a wall of water about 60 ft high would engulf the port and everything in it.

At about 1500 it was decided that we could wait no longer and we should sail for Durban. The harbour control informed us that we could have a pilot but no tugs were available and the pilot would have to sail to Durban.

We went to stations. As X2/O I was supervising aft. We let go aft and heaving on the headropes moved the stern away from the berth. As soon as the stern reached the current things began to go wrong. The stern swung out, the flared bow moved onto the quay. From my vantage point aft I could see one of the dock side cranes twitching first and then inexorably tilting away from the ship until it came crashing down onto the quay. It destroyed a railway wagon full of Gordon’s gin.

The engines were ordered astern, they started then stopped. The cooling intakes were clogged with debris being swept down stream.

There was Southampton Castle broadside to the river drifting downstream with no power. She drifted until crashing into the quayside on the opposite bank of the river. Made fast fore and aft, fun over for the day.

Or so we thought. An hour or so later I was on the bridge with Capt. Alastair Sillars and Chief Officer Cameron Smith: The Port Captain came on the VHF to broadcast to the entire harbour that he had reports that the dam up river was breached and that they were evacuating the port.

We were on the wrong side of the river so evacuation was impossible. We waited on the bridge for the anticipated deluge that we understood would take about an hour to reach East London.

We saw little point in telling the others aboard as it would only risk panic. We were almost preparing to meet our maker. After what seemed a lifetime but was probably only about an hour we heard a tremendous roaring noise, this was it. The noise grew louder and then suddenly all the lights in East London went out.

As I am still here to tell the tale you will gather that the deluge did not arrive. What had happened was that the cooling intakes from the river into East London power station has also become clogged causing the station to shut down.

Another night in East London, another dawn and still raining.

We had to sail we were now almost four days behind schedule. The 1st Engineer Peter Snadden (one of the company’s finest engineers) put together a solution. Using fire hose he rigged up the fresh water tanks to feed the engine cooling systems. With this in place we moved out of the harbour, unaided, and heading for clean open sea where the temporary fix could be removed and normal cooling restored.

A day was saved at Durban and we omitted to call at East London southbound, sailed from Port Elizabeth to Cape Town at full speed and made up another day in Cape Town. We left Cape Town two days late needing to make the voyage back to Southampton via the islands in 9 days.

Southampton Castle was a hugely impressive ship equipped with awesome power. She did it! 9 days flat out at speeds approaching 27 knots.

It always amused me on subsequent voyages that whenever any mail ship left East London all the dock cranes were shuffled down towards the stern of the ship. 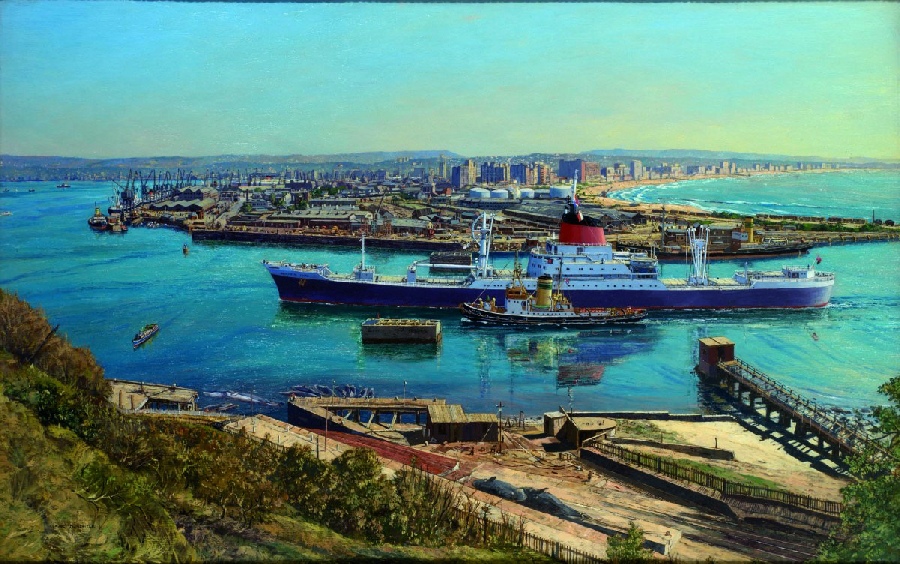 Seen being escorted into Durban harbour, the Southampton Castle was one of the modern cargo ships built for Union-Castle after the take-over by the Clan Line.  She came into service in 1965 but the decline of British shipping during the following decade resulted in her being sold to an Italian company in 1978. 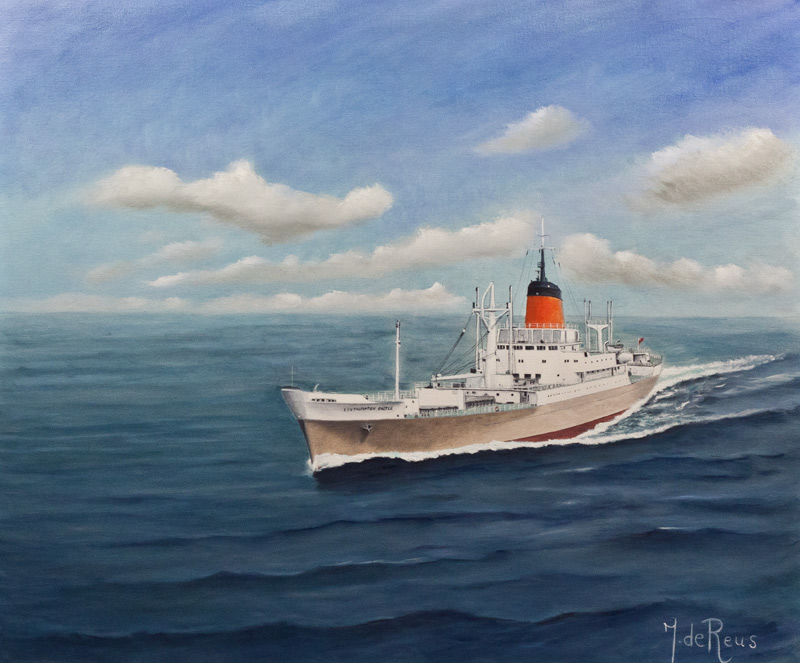 She was built under the government's Shipbuilding Credit Scheme whereby 80% of the £6 million cost was advanced at an interest rate of 4.875% and repayable over 10 years.

First of a pair of fast cargo ships she continued to maintain the 11.5 day mail contract and was referred to as a 'Mini Mail' At the time they were the fastest cargo ships afloat.

In October 1967 accommodation for 12 Government (Commonwealth Office) allocated passengers was added so that calls at Ascension and St. Helena could continue following the withdrawal of the Capetown Castle.

The additional calls added 336 miles to the voyage. As a consequence the service speed was increased to 23.5 knots.

On 4th May 1976 she had the distinction of appearing on an Ascension Island postage stamp.

In the following year, on 11th October 1977, she sailed from Cape Town on the last mail contract sailing, an event that was marked with, an albeit sad, ceremony.

In 1978, after being laid up at Southampton Docks, she was sold to Costa Armatori SpA of Genoa and renamed Franca C. 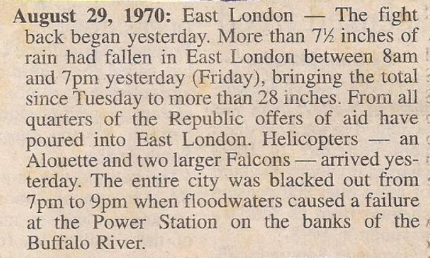 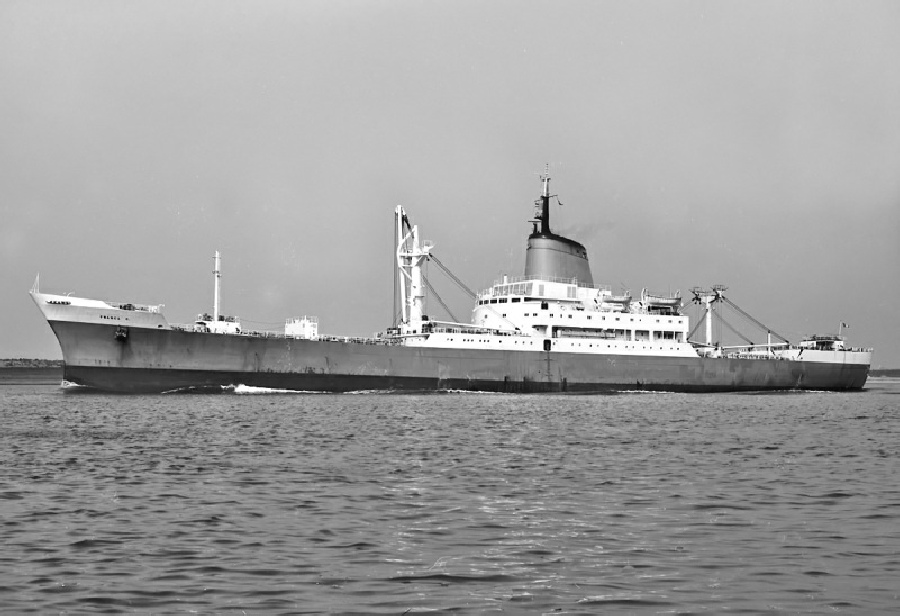 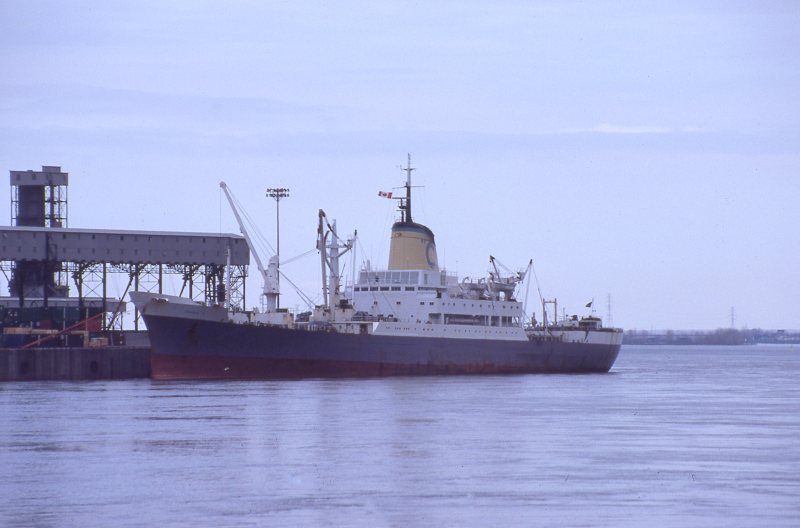 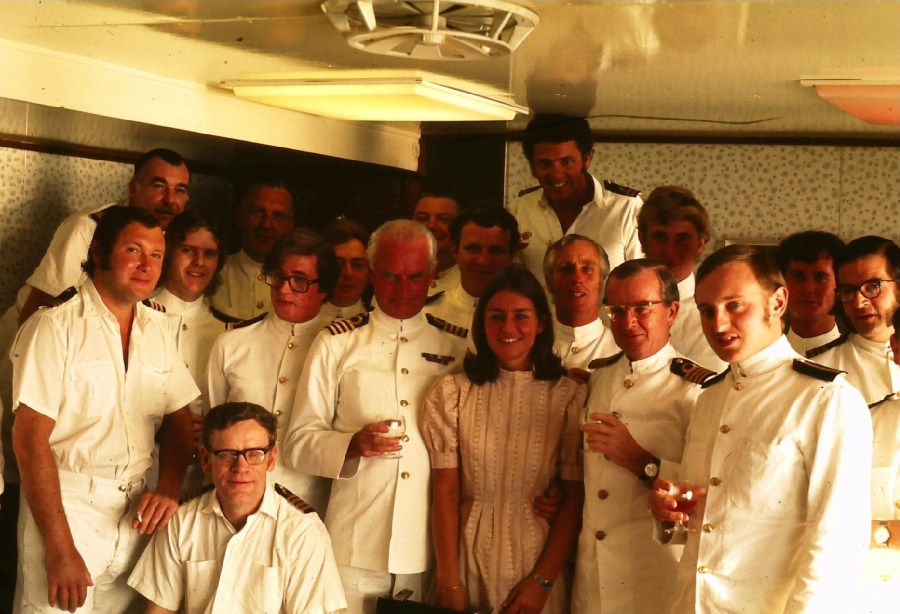 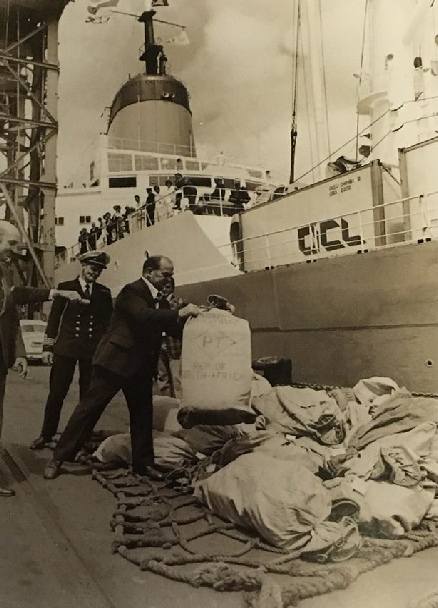 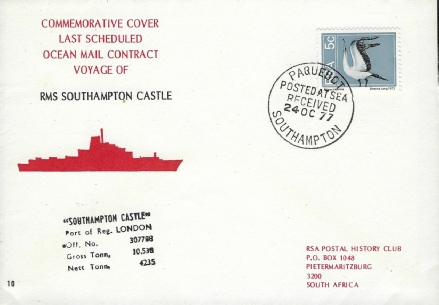 Without all the pomp and ceremony of earlier passenger departures Southampton Castle brought 120 years of the mail service to an end when she loaded the final bags of mail on 11 October 1977.

Shortly after she slipped her moorings and moved away from A berth.

Although “only a cargo ship” the Cape Town harbour authorities still put on a show to mark the occasion.

The tugs provide the traditional water display and the other ships in harbour all whistled their farewells.

Now in Costa colours and fitted with a fore deck crane, berthed in Vancouver 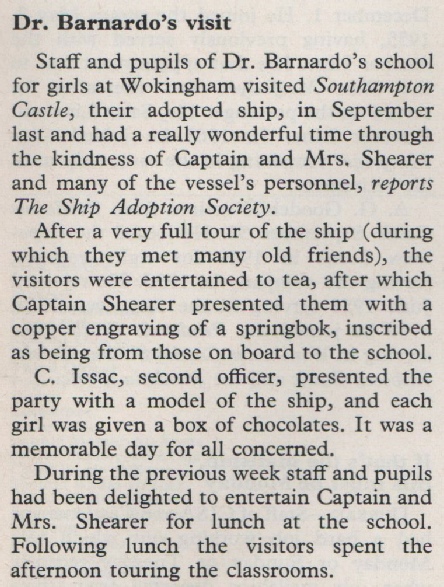 1. My name is Isaac not as they spell it, but I will get over that as my name has been spelled wrong on a  great number of occasions.

2. Although I did make a scratch model of Southampton Castle it was never my intention to donate it to anyone.

3. I did not present the model to the school, in fact I was not even on board when this happened.

4. Capt Shearer took it upon himself to remove the model from my cabin while I was on leave and to present it to the school.

5. I was informed off my “generous donation” when I returned from leave the following day.

Now 49 years later perhaps I should “get over it” 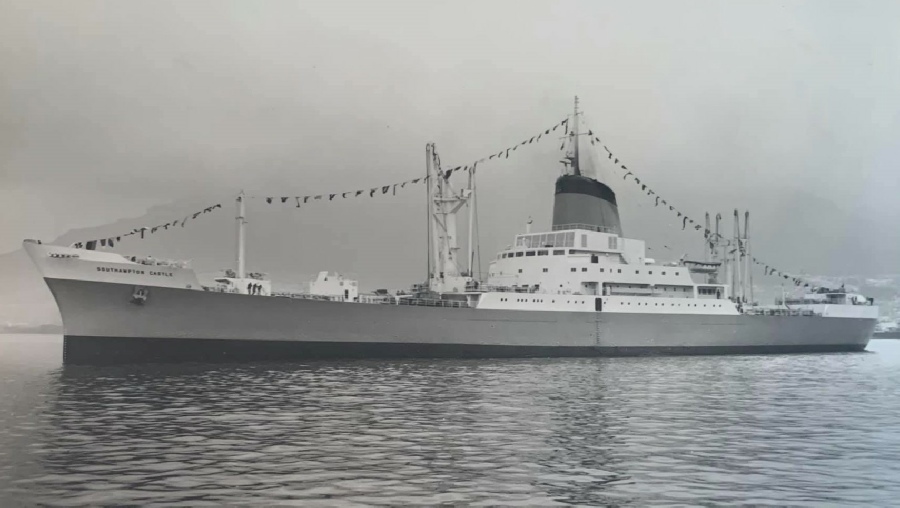 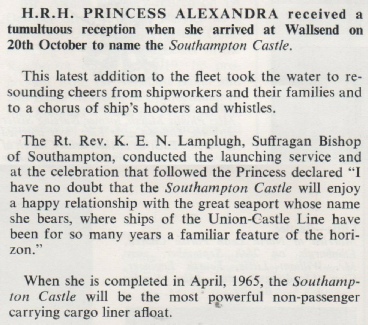 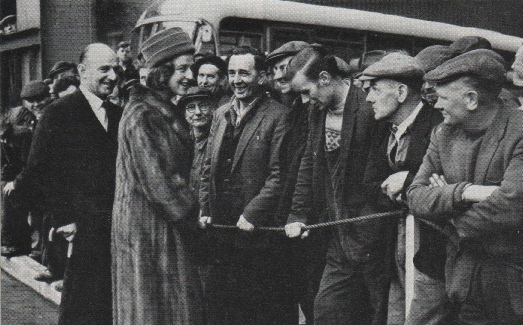 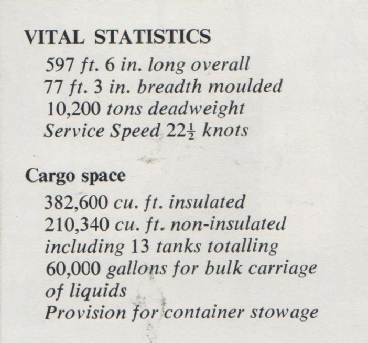 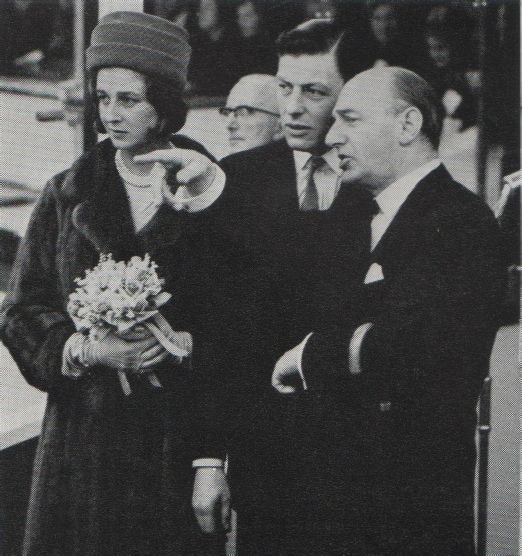 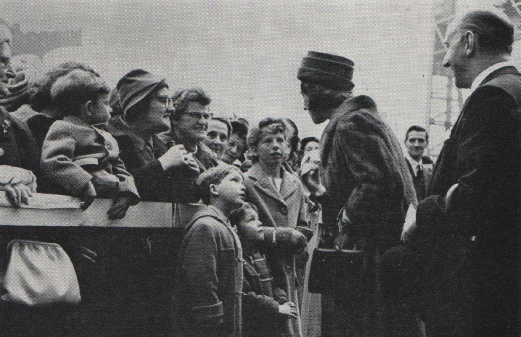 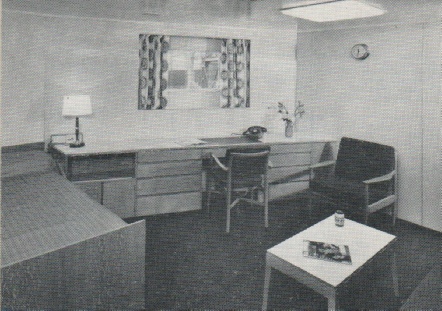 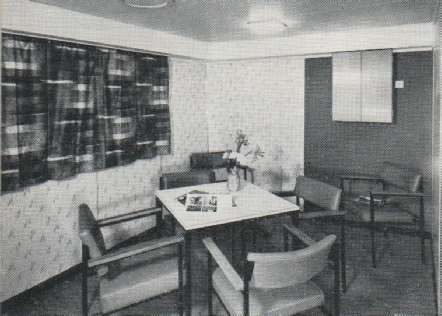 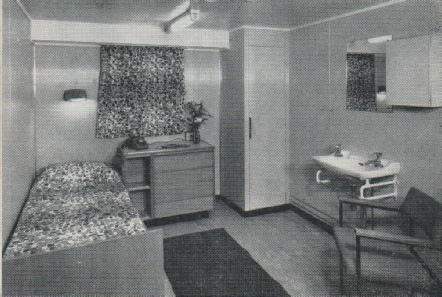 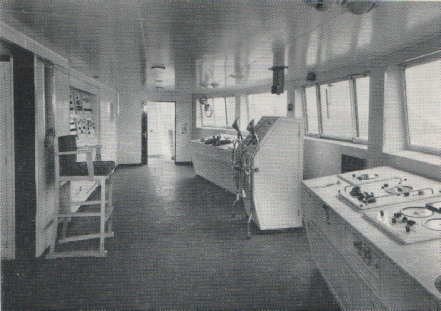 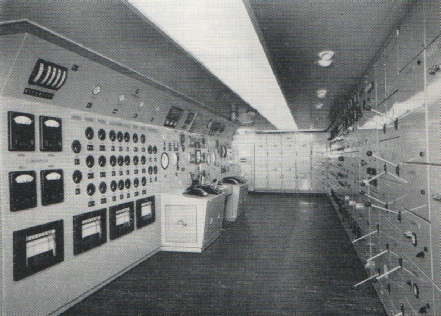 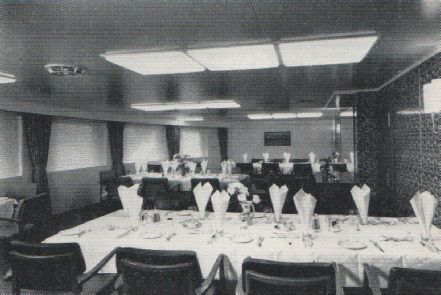 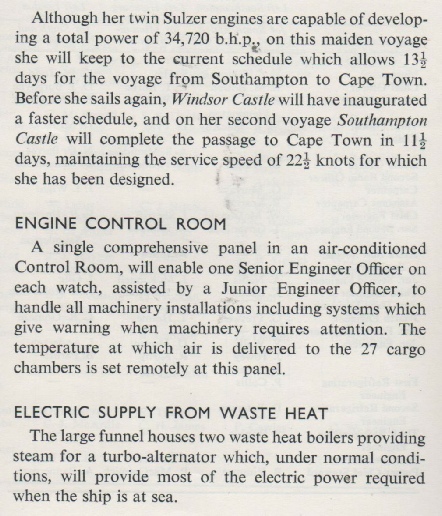 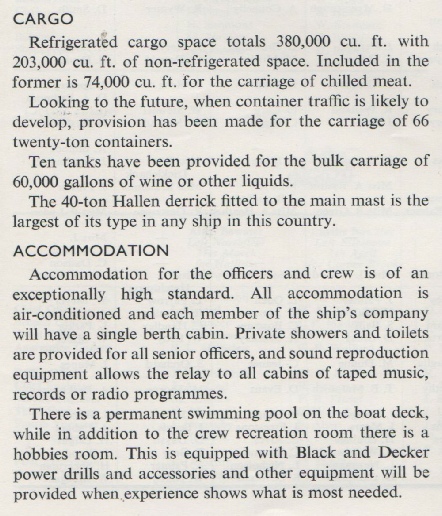 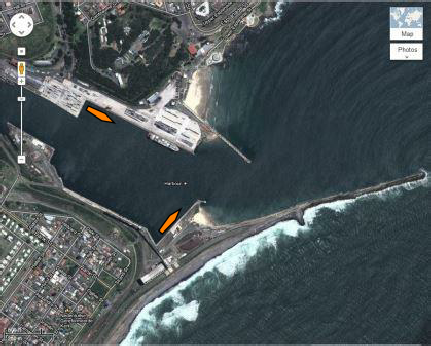 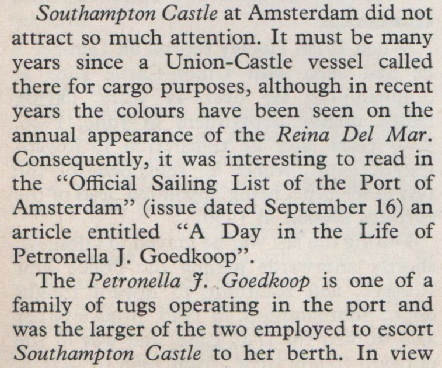 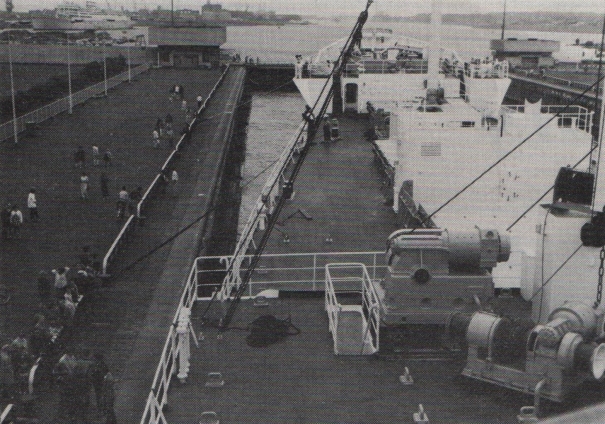 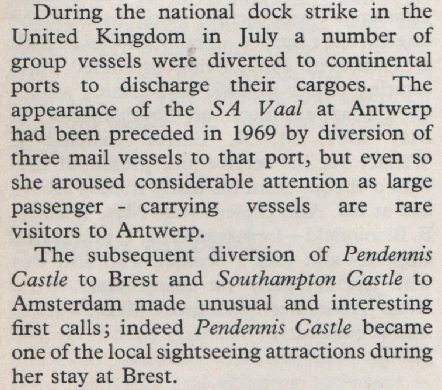