Finding of the Court of Inquiry held at Cape Town on the 27th and 28th May, 1915, into the circumstances attending the stranding of the S.S. " HYACINTHUS," near Klein Paternoster, South Africa, on the 7th May, 1915.

She had been employed in transport service by the Union Government, and was returning to Cape Town, save for four motor cars, in ballast.

The crew numbered 53, and she carried 72 passengers, coloured men, who had been employed in the transport service.

She had conveyed horses to Walvis Bay.

At noon on the 5th May an observation had been taken which placed the ship in Lat. 26° 46' S. and Long. 14° 51' E. This observation was not, however, owing to weather conditions, reliable. Thence various courses were steered, which should have taken the ship some 25 miles westward of the Britannia Reef, off Great Paternoster Point. The ship struck on a rock at 6.35 a.m. on the 7th May.

There is a discrepancy in the evidence as to the precise point at which she struck. The master places it, though not very decidedly, on the Britannia Reef. The evidence of his officers and crew do not afford any assistance on this point; but certain fishermen, who gave evidence and who were fishing off Klein Paternoster, say, without doubt, she struck on the Jim Crow rock, six miles south of the Britannia Reef, or in that vicinity. We are disposed to accept the evidence of the latter; and as the ship struck on the starboard side we are of opinion that she must have got inside of the Jim Crow rock.

It is clear that neither the patent log nor the patent sounding machine were used on the voyage. The master, depending, apart from such observations (and they were few) that he could take, entirely upon the revolutions of the engines for ascertaining his position. It has been said that, owing to the presence of native labourers in the after part of the ship, the patent log would have been tampered with, and that the "dumping of muck" (horse litter, etc.) out of the ship would have fouled the mechanism. We think, however, that some steps should have been taken in this direction. It would have been possible to attach the log to a boom put out from the ship's side or to use a hand log. Neither was done.

We do not lose sight of the fact that the reckoning from the engines would have put the ship as far as latitude is concerned in about the position that she actually was when she struck and about that in which the master actually believed her to be; but we think, in view of the proximity of the land, and the trend of the coast, the lead should have been used. Had this been done the master should have discovered that the ship was in danger in sufficient time to have avoided the casualty.

We do not attach much importance to the allegations that the ship was hailed by fishing boats. It is quite possible that those on board did not understand what the fishermen intended to convey, and mere presence of fishing boats would not indicate danger.

The course laid was a safe one, and the master contends that the fact that he was some 25 miles eastward of his assumed position was due to an inset. In a measure this may be correct. It is possible that he may have met with the inset from the time that he took the observation on the 5th May, and this in conjunction with the fact that the ship was light, and that there was a south-westerly swell may have, indeed it is on the evidence the only opinion we can arrive at, caused the error, and it may be that when the observation, which was an unreliable one, was taken on the 5th, the ship was more to the east than was supposed.

The Court must, however, come to the conclusion that the patent sounding machine should have been used, and to the omission on the part of the master we must attribute the casualty.

No lives were lost, and the ship though badly holed, was not lost, and all proper steps were taken after the casualty.

Taking these circumstances into consideration, the Court, although it cannot acquit the master in regard to his omission to use the lead, does not feel disposed to deal with his certificate.

No blame can be attached to the other officers who were cited.

All the other points, not dealt with above,submitted for our decision, are answered favourably. 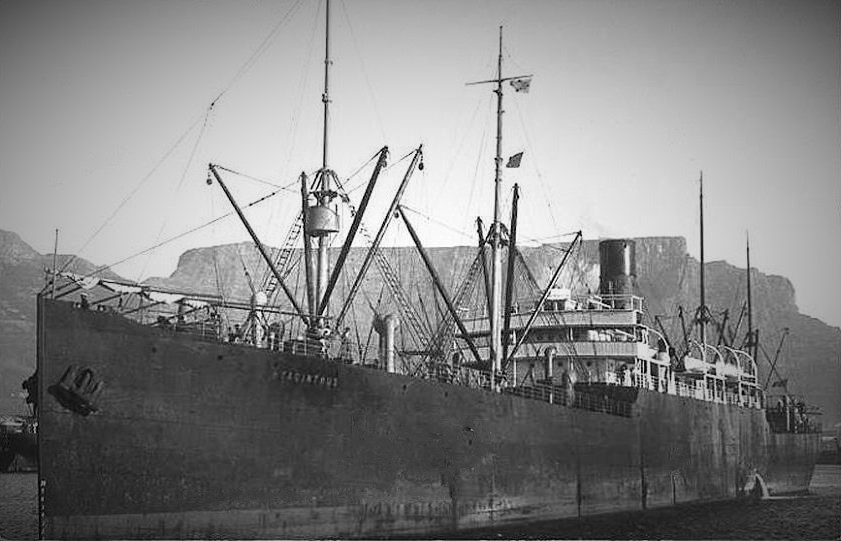