1928 purchased by Messageries Maritimes and converted to cargo / passenger ship with accommodation for 40-1st and 50-2nd class passengers for the Pacific feeder services.

In Mar.1941 she was seized by the Royal Navy off the Cape of Good Hope and operated by the Ministry of War Transport, managed by Union Castle Mail SS Co.

7th Jan.1943 torpedoed off Bougie and towed into Algiers where she was further damaged by air attack.  See account of this incident by Cadet John Dunsmore

Apr.1945 returned to her owners, she sailed for Saigon with French troops

1951 was reduced to cargo only and used on Indian Ocean services. 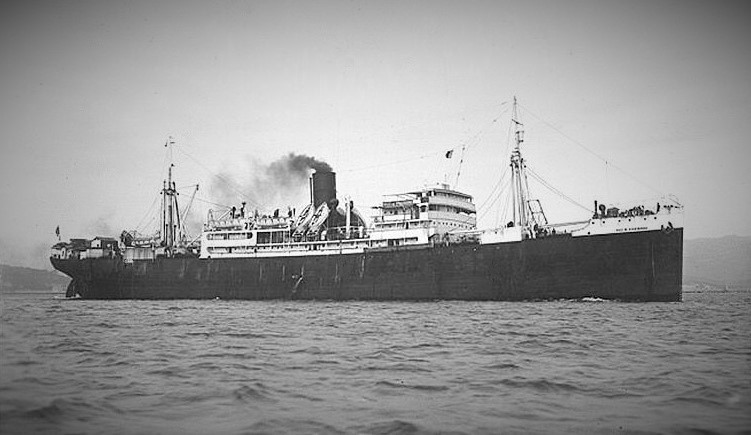