FALCON was built in 1896 with a tonnage of 41grt as the company tender at Southampton, replacing the Seagull.

She joined the Union-Castle fleet following the merger, her brass funnel being given a red livery. In 1922 she was converted to petrol and with the funnel removed, looked like a launch.

Below is an article from June/August 1959 edition of Review 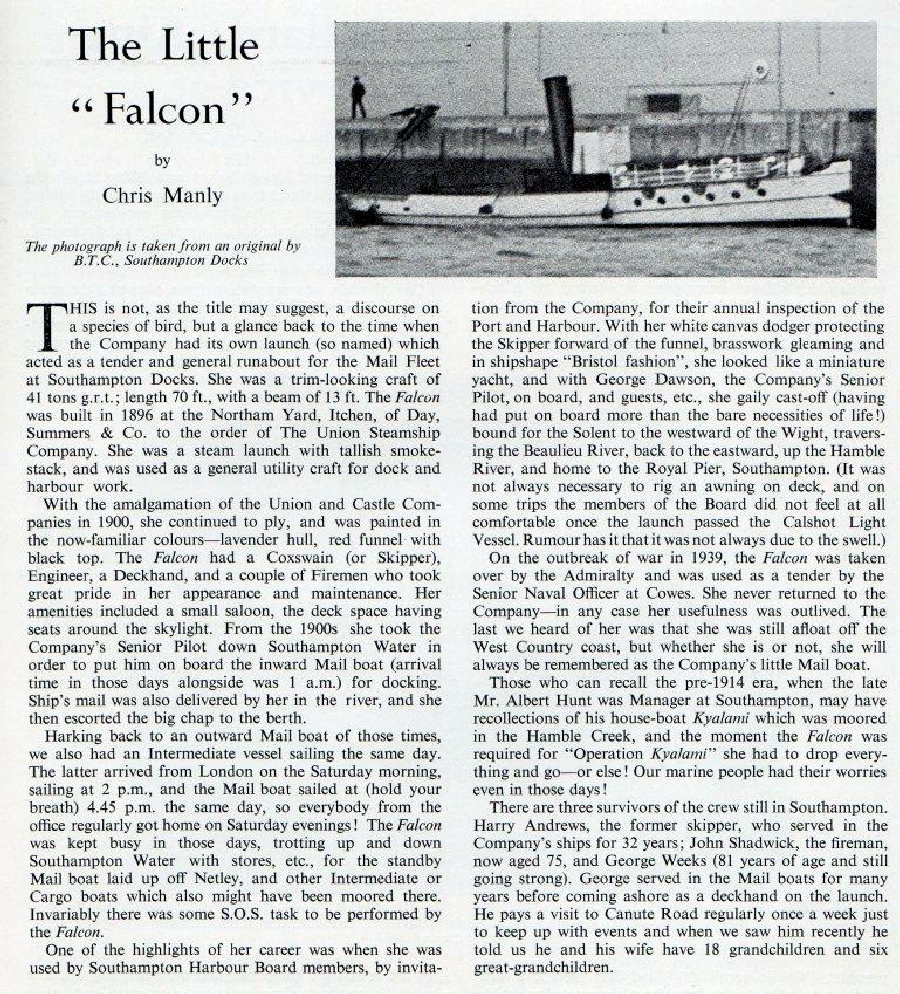 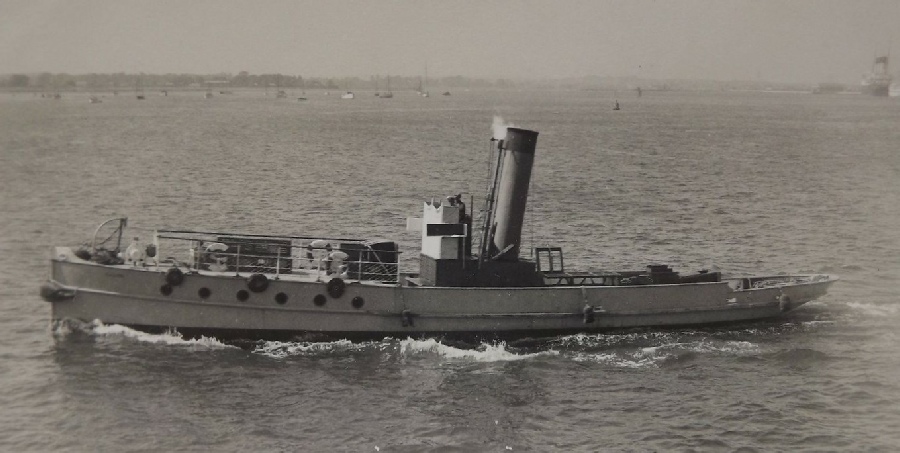