Completed as an Intermediate steamer in January 1897 she proved to be too small and susceptible to heavy rolling in a cross sea. A story was put about that of all the ships anchored in Table Bay the Dunolly Castle was the only one visibly seen to roll in the gentle swell.

She was transferred to Union-Castle in 1900 and was sold to the East Asiatic Co, with the Arundel Castle, in 1905 and renamed Juliette. In April 1907 she was transferred to the Russian American Line for their Libau - Rotterdam - New York service and renamed Arconia but after only four summer voyages she was replaced by the Estonia, formerly Bibby's Yorkshire, and sold. Purchased by Continental Rhederi A. G. of Hamburg she became the Hittfeld but only until 1910 when she was re-sold to D. M. Los of Pireaus and renamed Eleni.

In 1913 she was sold to the National Steam Navigation Co. of Greece, was renamed Ionnina and made her first sailing Pireaus - Kalmata - Patras - New York on 30th October.

On 17th December 1917 she was torpedoed by U-156 between the Azores and Madeira. 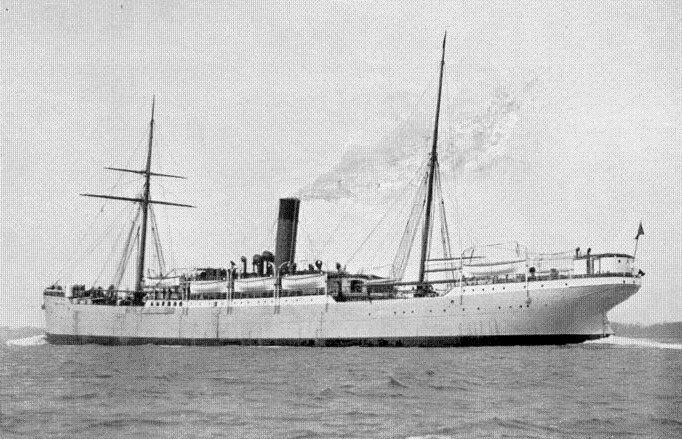