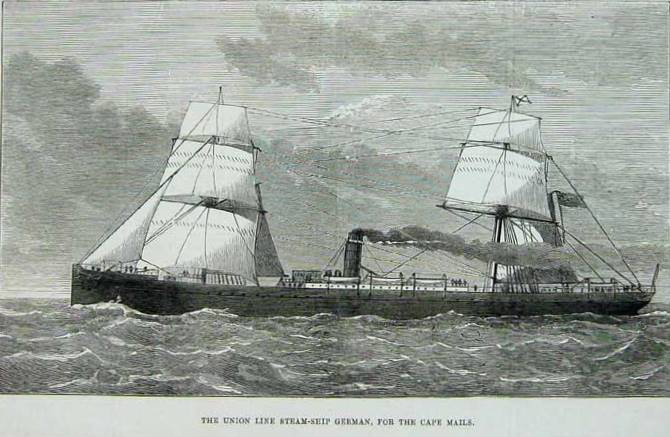 She was launched on 27th June 1877 and built as a fast '19 days to the Cape' steamer for the mail service. Costing £75,621, payable in four instalments, the intention was that she would complete the round voyage without the need to bunker en route by using 300 tons of reserve coal.

On her maiden voyage she sailed 5924 miles on 955 tons of coal completing the voyage to the Cape in 19days 8 hours. Her design and performance was used as the basis for the subsequent nine ships which all had a similar profile.

She was completed 3.5 months early and on her way out of the Clyde stuck on the Leven Bank for the duration of two tides.

In 1889 she was transferred to the Intermediate service. She was sold to Navigazione Generale Italiana (N.G.I.) in 1896 and renamed Sempione.

After a further six years service she was reduced to a coal hulk in October 1902. 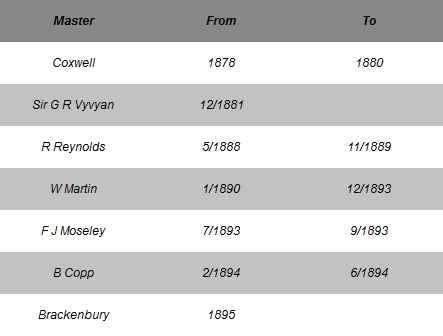 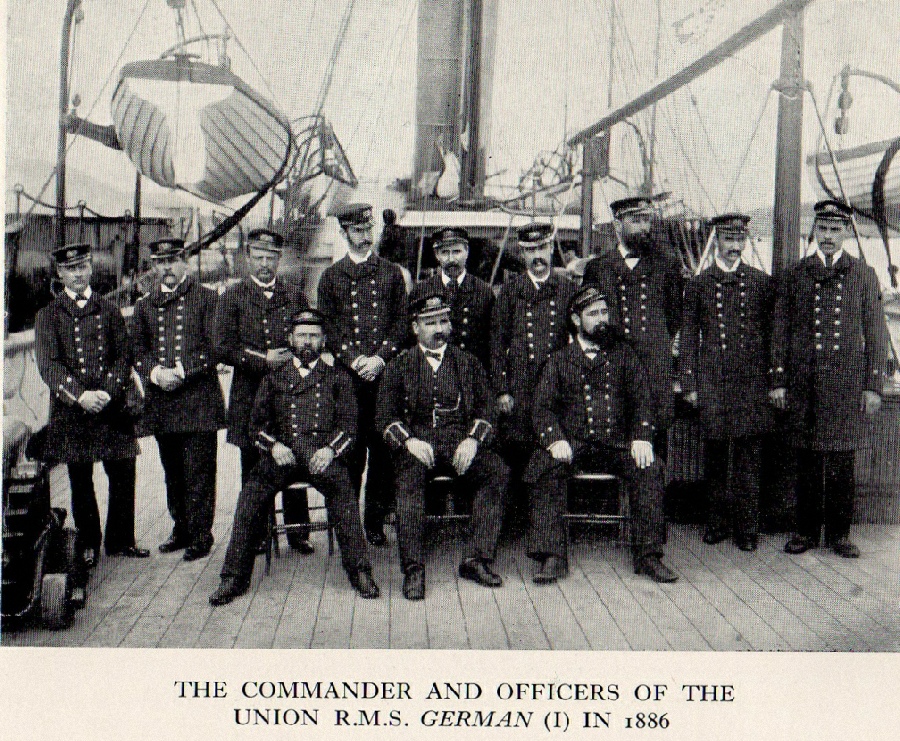