Sister of the Gascon she was the last ship to enter service with the Union Steam Ship Company before the merger.

In September 1914 she was requisitioned for troopship duties to France and on 22nd June 1915 began operating as a hospital ship with beds for 366 patients.

On 28th October 1916 she was mined off Le Havre in heavy seas. As she was entering port from England there were no patients on board but 19 Royal Army Medical Corps personnel were killed by the explosion.

Although she was beached at Cap la Hogue she became a total loss. 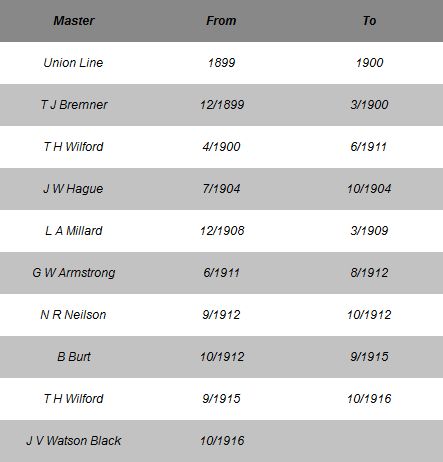 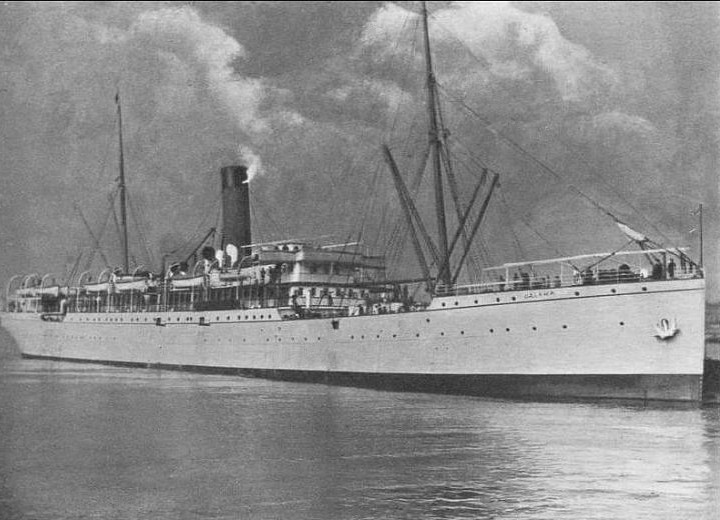 A very poor photograph of Galeka in hospital ship colours after having struck the mine.