Sister of the Rochester Castle she was delivered on 26th June 1937 for the soft fruit trade.

On 21/22 December 1940 she was damaged by bombs during a night attack on Liverpool as was the Llangibby Castle.

In the following year, on 4th May, she was again damaged by bombs during an air raid on Liverpool.

On 22nd February 1943 she was torpedoed by U-107 off Ferraria Point in the Azores in position 38.12N 26.22W whilst sailing independently of any convoy which ships of with this speed capability frequently did. 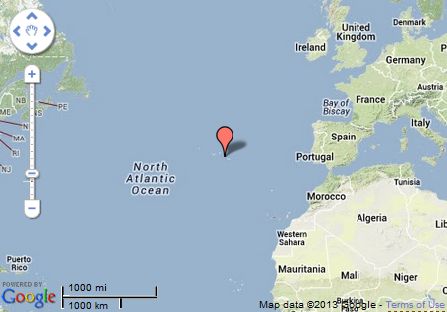 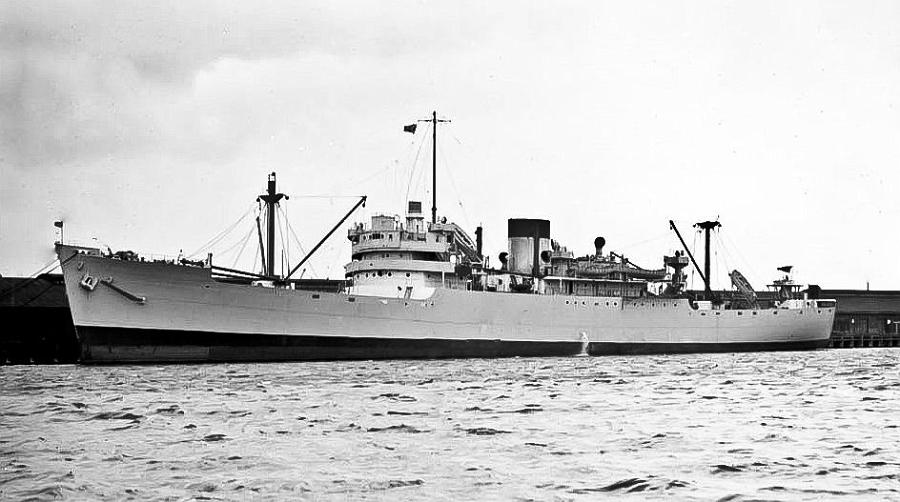 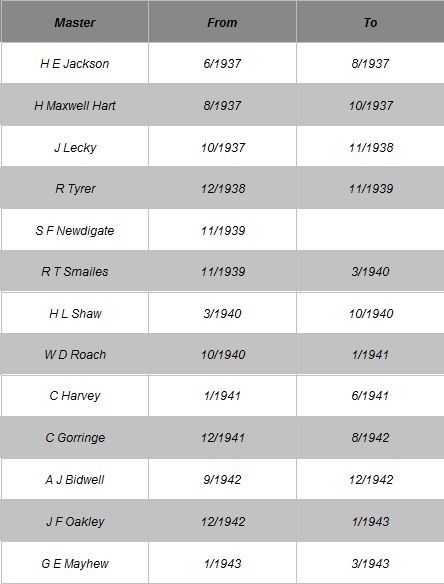 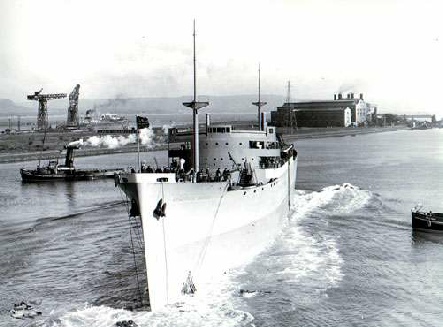 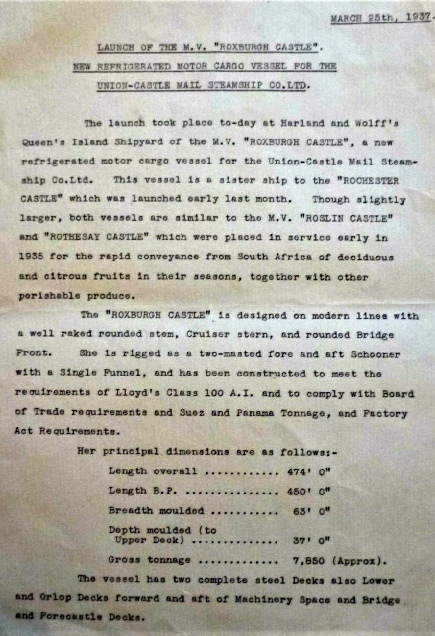 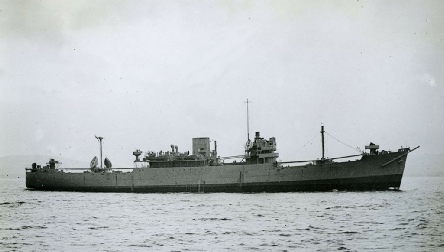 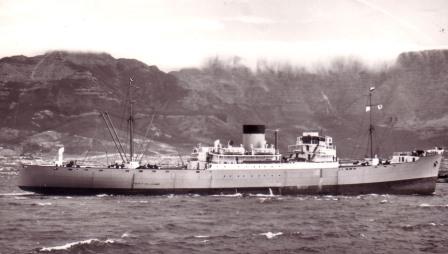 1030 tons of chemicals and mail

At 08.28 hours on 22 Feb, 1943, the unescorted Roxburgh Castle (Master George Henry Mayhew) was hit by one of three torpedoes from U-107 after being chased for five hours between the islands of Terceira and Saõ Miguel in the Azores.

The survivors were questioned by the Germans before they left the area.

The master, 55 crew members and eight gunners landed at Ponta Delgada, Azores and were taken to Lisbon by the Portuguese steam passenger ship Serpa Pino.