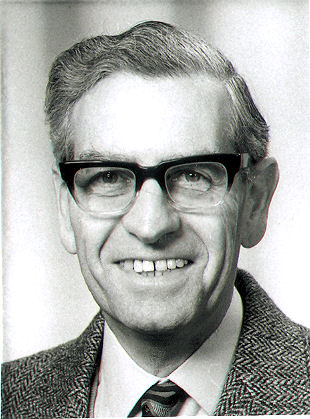 My father Frank Lewis Start (1910-1996) was office staff. He joined the Fenchurch Street Office when he left school in 1926 and worked there until he retired in Jan 1975. He was immensely proud of the company and its history and was sorry that the one time when he really had to work many hours of overtime was when the company merged with Clan Line in the mid 1950s. This was because he was by then in the Registration Department handling all communications with the shareholders. After the merger this work was outsourced but probably this term was not used at the time.

When we were on holiday on the Isle of Wight we had to keep a look out for the Thursday Mail Ship leaving Southampton.

During WW2 my father was young enough to serve and was sent to India with the RAF, his civilian job being kept open for him if he returned. The two sea voyages that this entailed would have been his only significant time at sea.

I remember in the 1950s that we made one or two trips to the docks to see new ships. One, Bloemfontein Castle, had sailed on her first voyage  with Union Castle office staff making a trial run of the passenger accommodation. We had a family afternoon out inspecting the ship in the London Docks before her true maiden voyage.

The other benefit we enjoyed as a family was being able to use the Fenchurch Street office windows as a viewing point for the Lord Mayor's Show in London.

For as long as I remember my father was a keen chess player and for all my childhood and beyond Thursday evening was Chess Night at the office. After his retirement he kept up this tradition and went up to London weekly until he was quite elderly. Indeed one of his retirement jobs was to produce the year book for the chess club.

Best wishes for success with the web site,

you asked for a photo of my father and at last I've found something  suitable.

I was interested in what you said about the office staff knowing your name. Rather like when I was at college and the office staff prided  themselves on being able to put a name to every student.

In my father's papers I found various certificates. He hated the  sight of blood but in late 1938 he took a St John's Ambulance course  in "First Aid to the Injured" at their Fenchurch Street Branch. I  imagine every office was preparing for trouble.

I also found a London Chamber of Commerce certificate dated Spring  1930 when he was 20 years old. He was found proficient in "Shipping"  and all his life he called himself a Shipping Clerk which I suppose  has a definite meaning.

I hope you can use the photo which you'll find attached - see below.