I sailed with him when a very very junior 4th mate and Dai was the chief officer (later called the staff commander) of the "Winchester Castle".

One of the junior officers of all departments 'obligations' (I think it was tacitly understood that our reward was a certain blind eye to social indiscretions) was to support the master and chief officer at church service every Sunday in the first class lounge, our role was that of 'choir', without us the master and chief officer would have been singing duets, passenger input being somewhat thin!

The service always concluded with the singing of the national anthem, God Save The Queen, only God knew why this was sung!

Pete Carter the first mate noticed that when this was sung all joined in heartily but Dai who stood there mouth closed.   He was confronted with this, poor Dai protested his innocence but to no avail.

"Well" said Pete, "no God Save the Queen next Sunday and we will boycott the hymns!"

Poor Dai, "You'd not do that would you?"   But Dai joined in the national anthem next Sunday.

'Dai' was third mate of the "Winchester Castle" between 1941-42 when, fitted out as an amphibious assault ship she led the Madagascar landings.

I too sailed with Capt Rees when he was master of Rhodesia Castle on her voyage to the breakers yard. I was 3rd Officer at the time.

A softly spoken man and not one given to instant decisions. 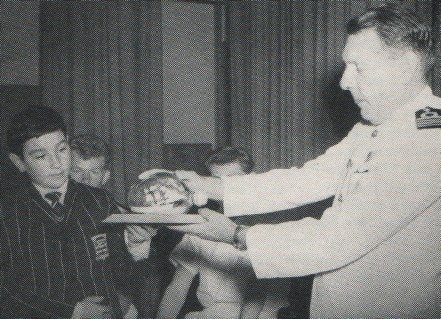 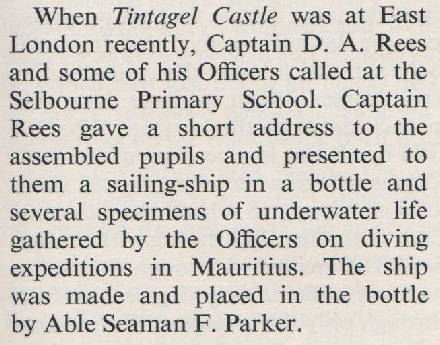