With the Windsor Castle (1) she was the first of the second pair of sisters based on the design of the Dover Castle (1).

After a maiden voyage to Calcutta she she became a mail steamer on the 'Colonial Mail Service' to the Cape. In 1876 she came under the ownership of Castle Mail Packets Co. but in 1880 was sold to the Marques de Campo and renamed Espana.

She was sold again in 1884 to Cia.Trasatlantica for their Cadiz - Manila service and as she retained her name it meant that the company were operating two ships with the same name.

In 1891 she transferred to the South American service until 1898 when she was sold to Armement Bonneroy of Marseilles. Renamed Espagne she was their one and only ship and only survived until 1899 when she was broken up at Marseilles. 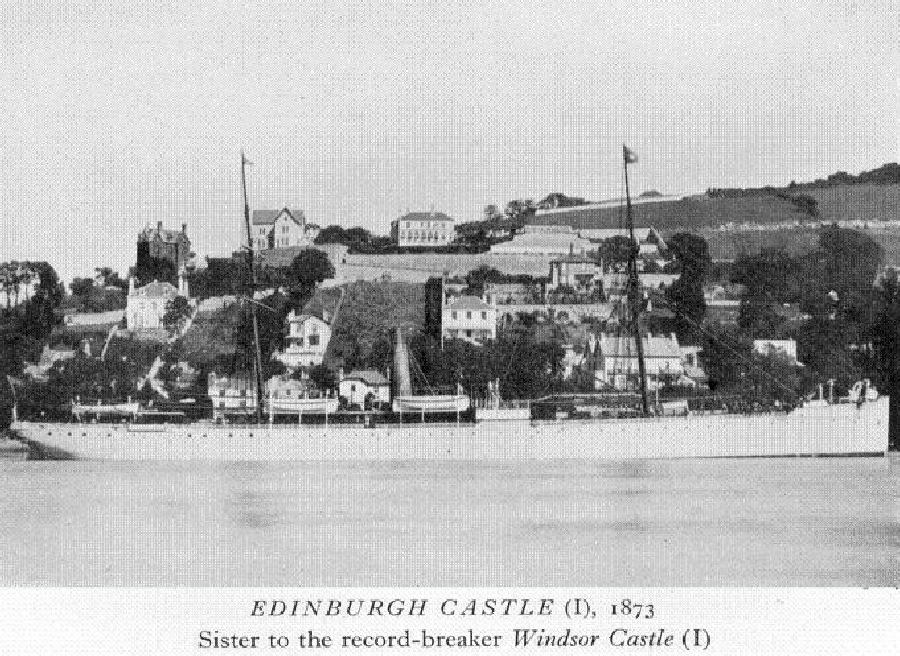