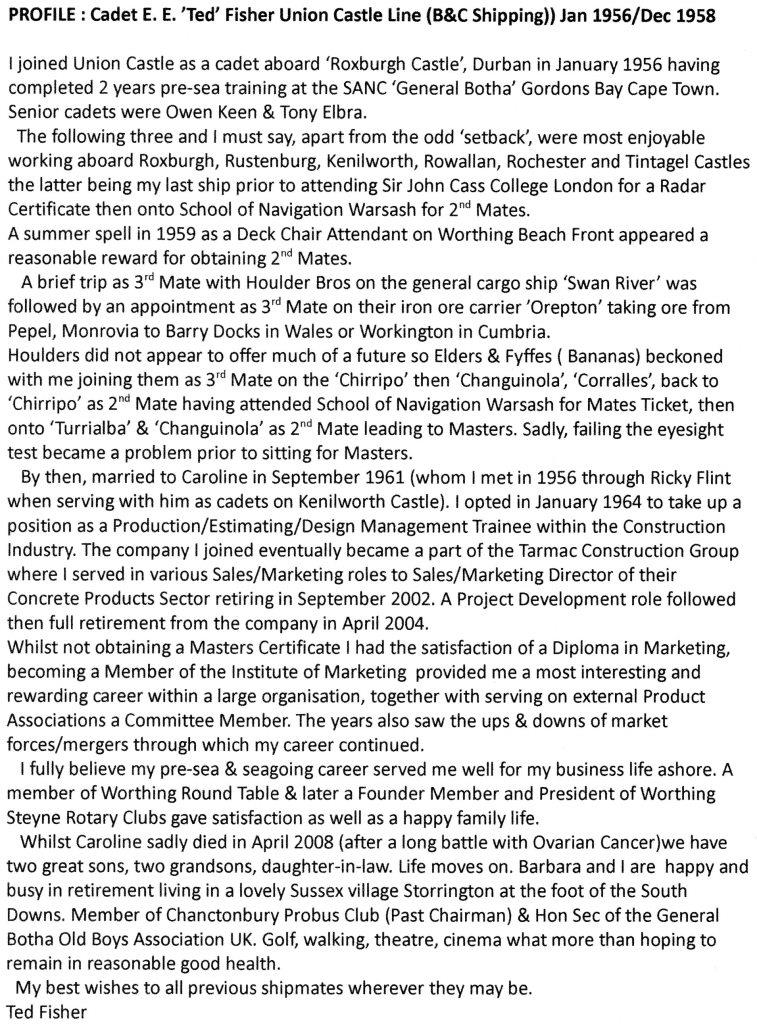 Trust you are well and enjoying keeping the new website underway!

My pc seems to have lost your email, however, I've compiled a 'potted history' which I'm attaching and hope that this, could in time, be added to the website. I know I only had a three year spell with UCL as a cadet but, like all of us in advancing years it is good to be able to look back!

Read Tony Elbra's profile.....funny how he made reference to our meeting in Italy on a Saga holiday a few years back, indeed, 50 years it was since we had last met!

Just had a long email from David Bell who was my Old Salt on the General Botha, we are all gathering in Cape Town next Feb 2012 for our 60th reunion...be quite a bash!

Please let me know if the profile is OK....will be in Southampton in September.

Left the sea in 1964 to pursue a career in the construction industry in England.

Retired April 2004 after a most satisfying career (including seagoing) which involved travel as well as representing the construction business through the industry Trade Associations as a Committee Member.