Sister of the Cluny Castle she shared the same peculiarities and was similarly employed as an extra steamer operating through to Mauritius.

Whilst on a voyage London for Mauritius and Natal. On Thursday evening 17/2/1916 COMRIE CASTLE ran aground on Leven Reef whilst attempting to enter Mombasa. Anchors were set no leaks reported. Passengers were taken off on Friday morning. After unloading 700 tons of cargo into lighters the vessel was re floated on Monday 21/2/1916 and made passage to Killindini Harbour. She apparently suffered no damage. The company's vessel GALEKA stood by.

During the First World War she spent most of her time operating as a troopship.

The "Comrie Castle" was torpedoed on March 14th, 1918 in the English Channel off St. Catherine's Point, Isle of Wight, whilst on a voyage from London to New York.

Beached on Horse Tail Bank, despite adverse winds and tides, rough seas and other difficulties, she was refloated and beached in a more sheltered position off Netley.

From there she was again refloated and towed to Portsmouth where she lay for a year before being repaired and returned to service.

In 1924 she was transferred to the company's subsidiary company Bullard, King & Co's Natal Line and renamed Umvoti.

During 1940 she was requisitioned by the Admiralty and sunk as a block ship in Folkestone Harbour, the wreck was removed in 1943 in preparation for 'D' day. 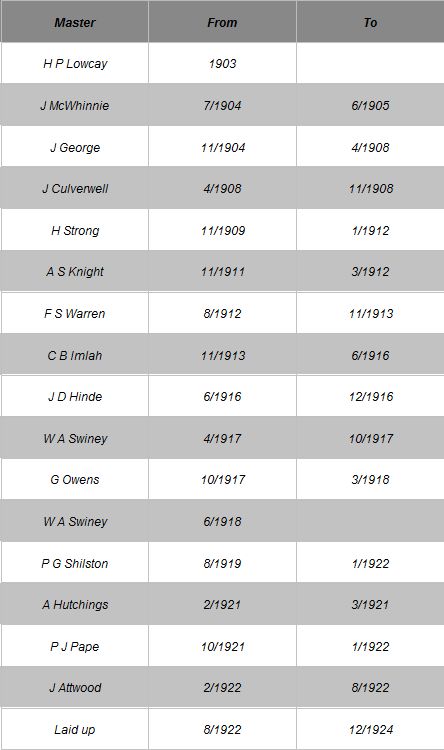 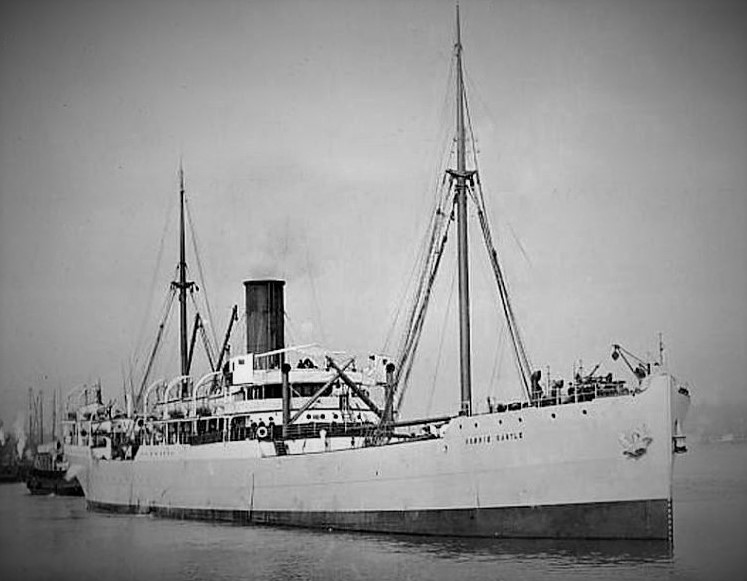