He had joined the company in 1962 and sailed as a cadet on St Essylt.

He and I remained in touch for many years and our career paths took very similar courses. We both went on to serve as Junior Officers on Reina Del Mar and Capetown Castle.

If he is still out there I would love to get in touch with him again. 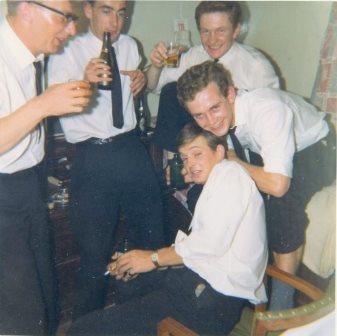 JM is on the right with the wavy hair. 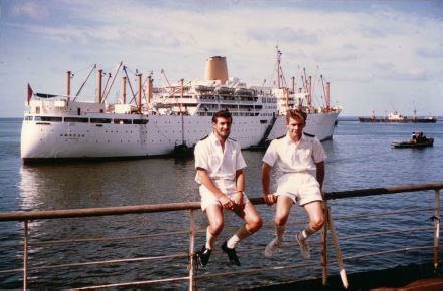 With John Garner on rail of St Essylt in 1963