Freddie was my step father, marrying my mother in 1961.

He worked for Union-Castle his entire life except for the war years. Starting in 1935 in Fenchurch Street I recall that he subsequently worked in Greenly House and finished in Cayzer House.

Although he never rose to great heights in the company, it is people such as Freddie that were the backbone of the company.

It was Freddie that introduced me to the idea of a career at sea and it was Freddie that, in early 1962, took me before Capt ‘Big Jim’ Culpin to be interviewed for a position as a deck cadet with B&C.

He remained with the company until his retirement in 1974.

He then made a voyage to and from South Africa with my mother, outward on Pendennis Castle and homeward on Windsor Castle (good choices).

Diane says that you're after any pics or stories of Dad. I've found some old photos that I've attached and also my favourite work story. Aunty Lucy was Dad's aunt, my great-aunt, lovely lady. I have an attache case full of some of her papers, she had her own secretarial agency and liked to write various O's & S's. I'll see if there's anything of interest there. I've never heard of a printer in the family but the family had several connections with South Africa. One of Lucy's brothers, Harry, lived in the bush in SA and one of her sisters married into the Milner family, well known in SA at the end of the 19th century.

My favourite work story of Dad was about collecting gold. After he had been with Union Castle for a few years he was sent occasionally by the company to Waterloo Station to meet the bullion arriving from Southampton. He travelled in an open lorry and there he would sign for millions of pounds worth of gold bars and take them to the Bank of England. He had no escort and I don't even think he had any official ID.

He wasn't paid extra for it, regarding it as an exciting day away from the office. I always imagine him sitting in the lorry in his gabardine mac temporarily in charge of millions. 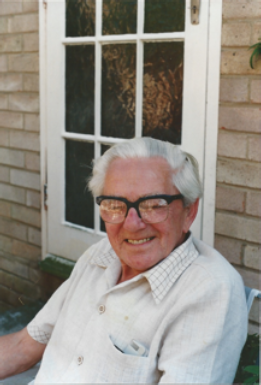 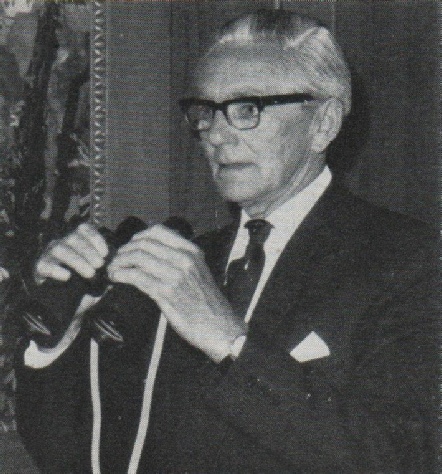