An enlarged sister of the Gascon (2) she was delivered as the German for the Intermediate service but on transferring to Union-Castle in 1900 served as a troopship during the Boer War.

In August 1914 she was renamed Glengorm Castle following the outbreak of war with Germany and in the September was commissioned as a hospital ship with 423 beds.

With British India's Vasna and Varela she was one of the last hospital ships to be decommissioned in 1921 when they were replaced by the permanent hospital ship Maine, formerly PSNC's Panama.

She continued to operate as a troopship in the Far East until 1922-23 when she carried British peace-keeping troops to Turkey.

Returning to Union-Castle in 1925 she served on the Intermediate service until 1930 when she was broken up in Holland. 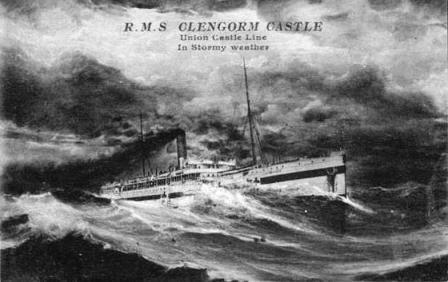 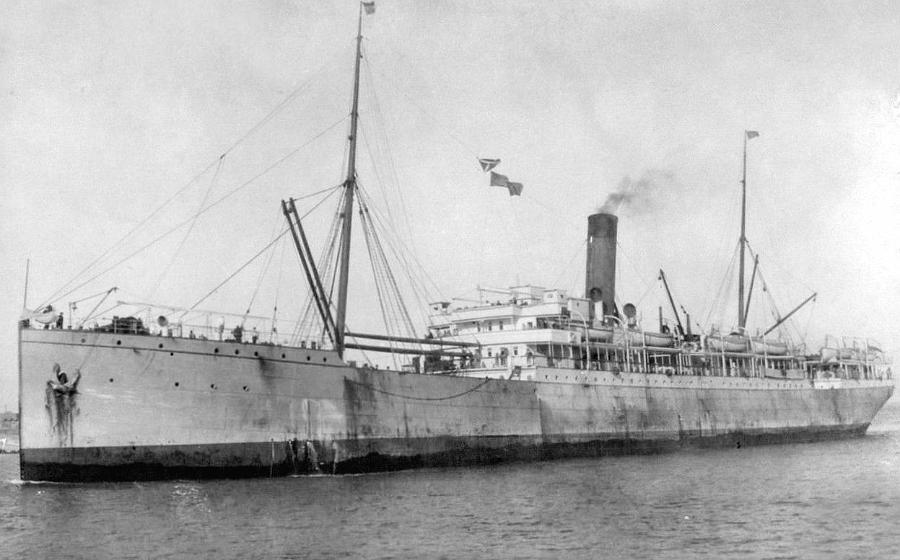 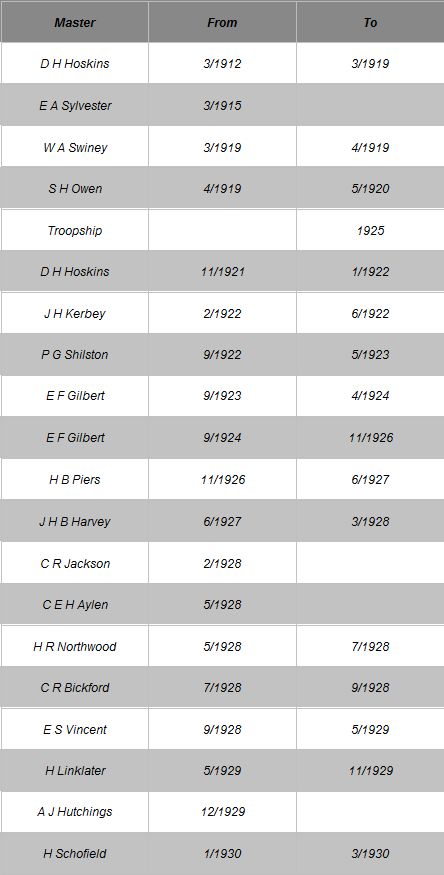 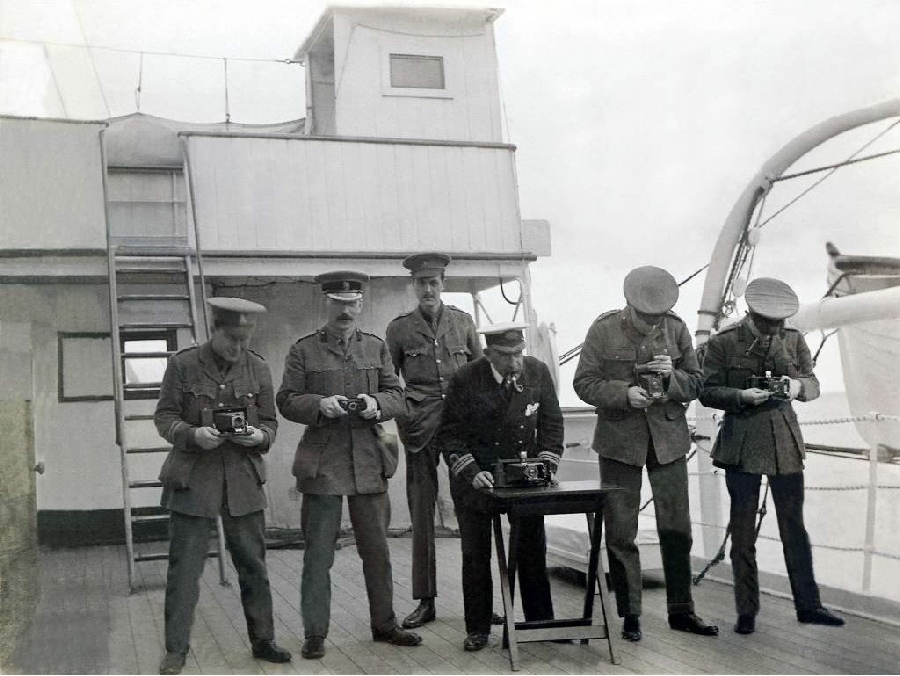 A group of Medical Officer with the Master during WW1