Information  - Captain Armstrong died on board the "Kenilworth Castle" on 28th February 1965 when on passage from Middlesbrough to Antwerp.   He started his sea career with City Line in April 1929, joining Union-Castle Line on the 2nd of June 1937.

In 1938 he entered the R.N.R. as a Lieutenant and served throughout the 2nd World War.   In 1939 he received the Admiralty's expression of appreciation for his service in the German war prize vessel "Poseidon" and was mentioned in dispatches in 1940 and twice in 1944.   He was appointed to command the "Cockatrice" in January 1945.

Returning to the Company in August 1946 and ten years later on the 26th January 1956 was appointed Master of the "Riebeeck Castle".   He made one voyage as Master of the "Braemar Castle" otherwise he remained in the cargo fleet.   (B&C REVIEW Obituary April 1965)

I was very interested to read details of my father in the Union-Castle Shipmates website and enclose a photo of him in his cabin in one of the passenger/cargo fleet. Here are a few copies of old pictures that I have cherished. 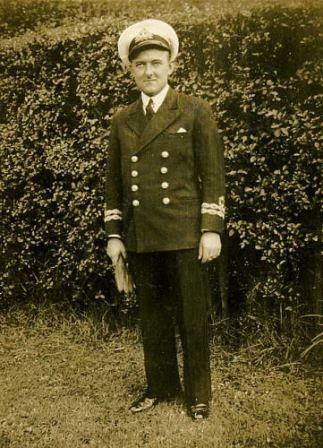 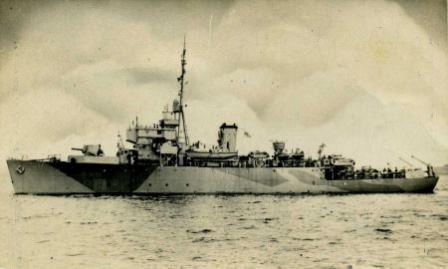 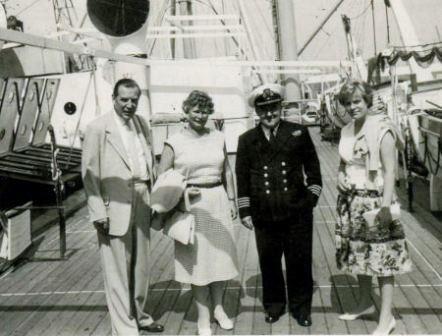 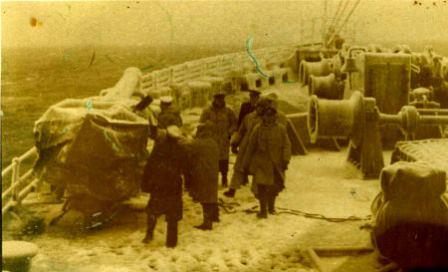 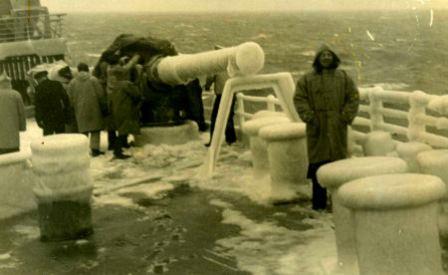 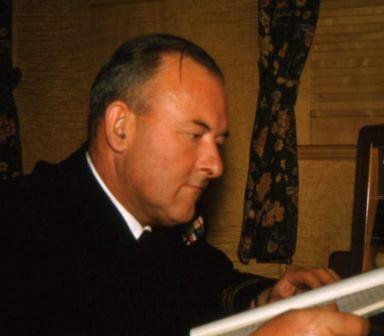 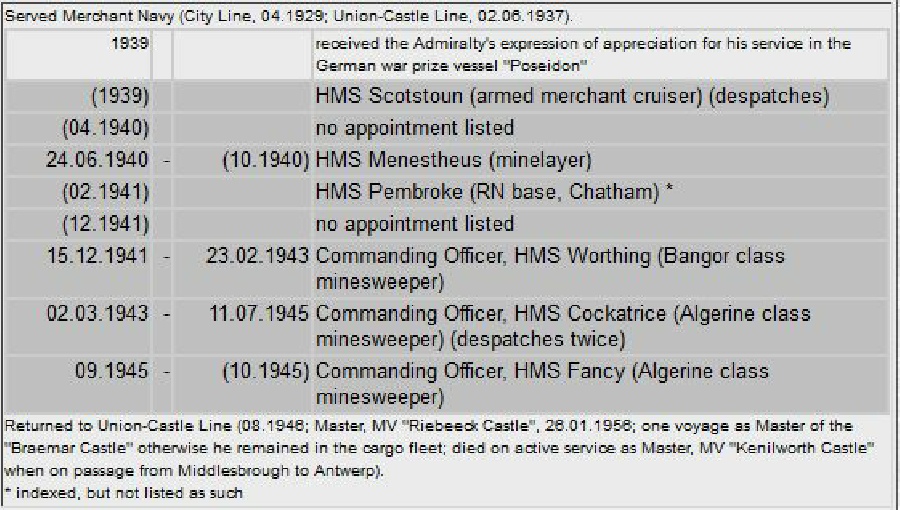