My name is Jim Ivey. I worked for British & Commonwealth from 1959 to1982. Starting as cadet on the Tintagel Castle and finishing as Chief Officer on King Richard.

I then transferred to  Furness Manning Agency working for C.Y. Tung Group of Hong Kong.

Quite a site you have. Will look at it in more depth when I have time 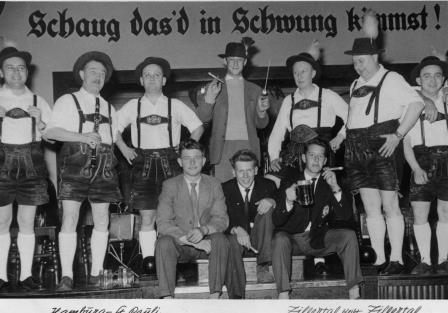 Posing with the band in the Zillertal.

At the time Tony was unaware he had to buy the band a round of drinks afterwards.

Rather difficult to cover on our wages!

The glass being the size of the one held by John.